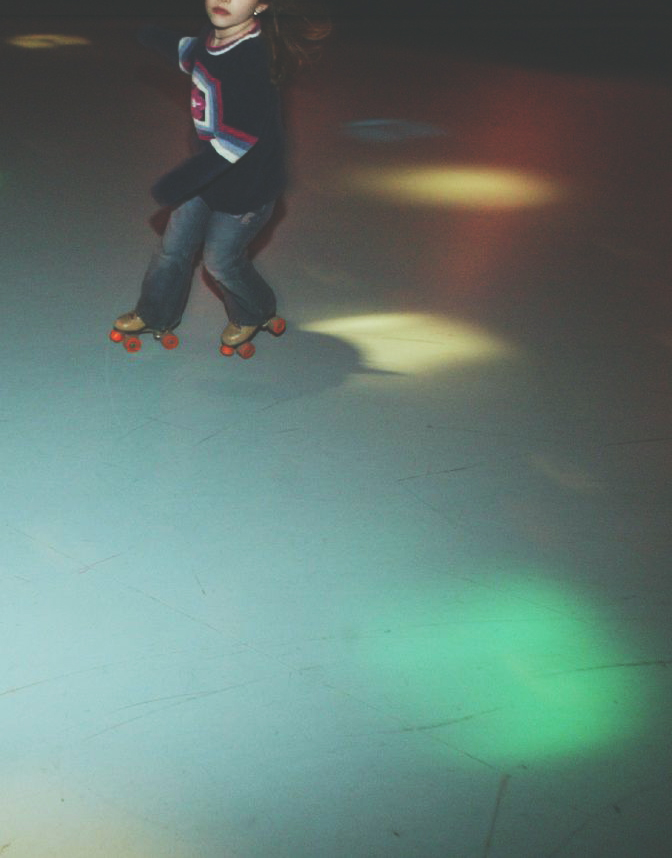 "Skateland" is a glimpse into the mind of a woman battling with grief and postpartum depression.

"I’m so relieved that mental health awareness is becoming more important in our society, but so often depression associated with pregnancy gets swept under the rug and develops into life long problems. I want this film to give a brief glimpse of postpartum depression and grief to the forefront, to normalize it so that women feel unashamed to seek help, no matter their age or what stage of motherhood they are in."

Sarah is drawn to dark, raw stories, as well as absurd tales of eccentric characters, all the while unearthing her fears and weaving her own flaws into her stories. She wants to give the voiceless a vehicle, so that these voices have a chance to carry too. She believes that her purpose is to make known the sufferings of the many faces outside our own bubble, and to address our modern dilemma: can we shock this generation into caring about the beautiful, imperfect world around us?

Over the last decade, Sarah has continued to put her storytelling skills to use, acting in more than 20 films. Notable credits include Friday’s Child (AJ Edwards), Parkland (Peter Landesman), and The Night We Met (Jon Cring), for which she took home the Best Actress award at the Atlantic City Cinefest in 2017.

Sarah has also produced over 20 commercials and short films, including the 2016 feature length documentary Until Proven Innocent: the true story of Hannah Overton, an innocent mother of six who spent seven years in prison on murder charges. Soon after the release of the film, Hannah was fully exonerated.