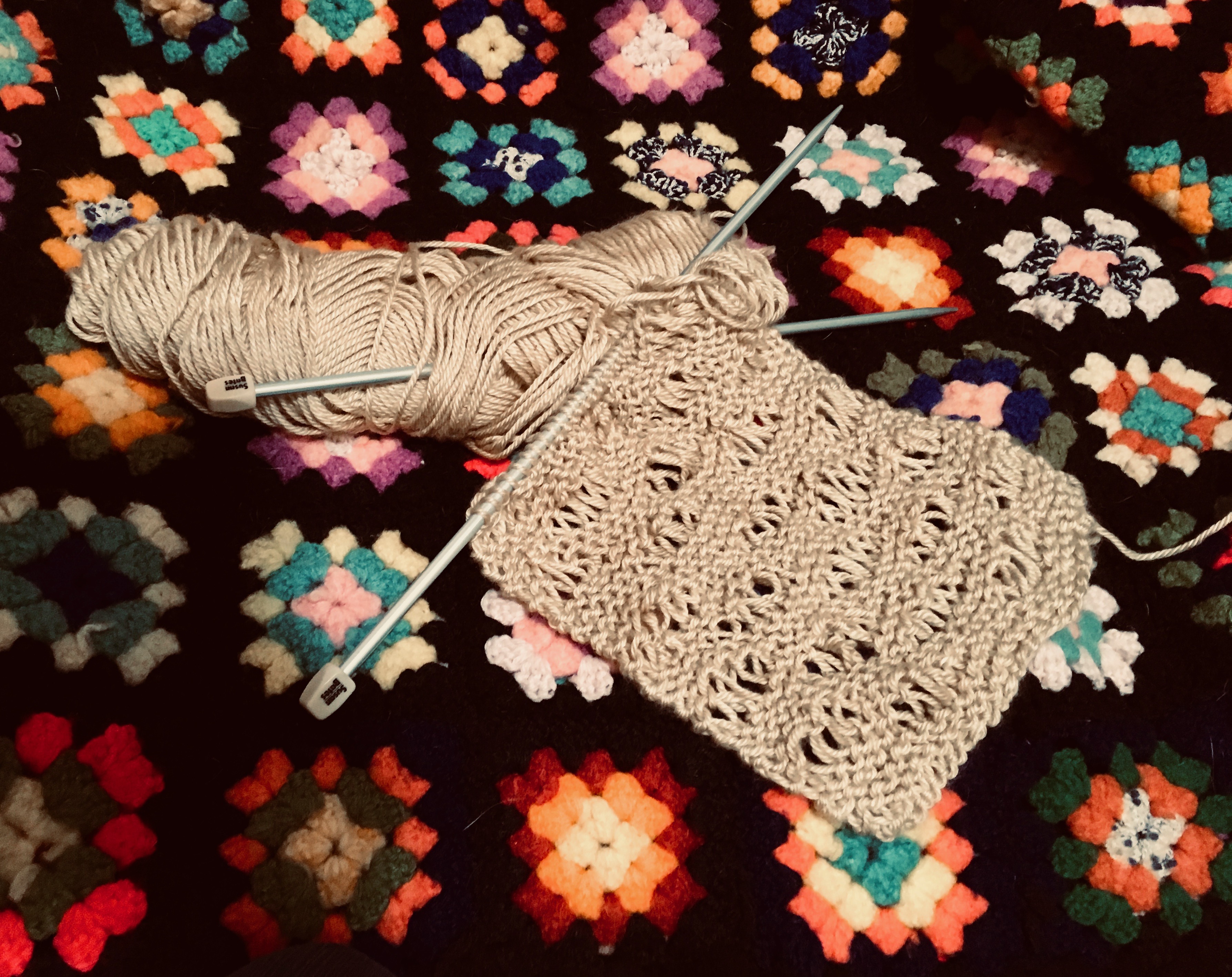 This is a story inspired by my own life experience. What makes a family? If the matriarch is what holds this group of blood relationships together, what happens when she dies? Does the family dissolve? A brother and sister live 3000 miles from one another and don’t really know each other now as adults. Taking care of mom is what unites them. Growing up in a “broken family” united them as children. How does gender determine what choices they make? Are they taking care of mom as an obligation, or out of genuine love? What does the aged mother want before she dies? She has been a feisty, independent trailblazer most of her life, and now must submit to the assistance of caregivers. The frustration of losing her independence, and her need for others makes her angry. The daughter embarks on learning to knit under the skilled tutelage of her mother. What other lessons will she share with her daughter? And what will her daughter discover in this process? The son who returns to the city of his youth will have an opportunity to make peace with his past, and his truncated relationship with both his mother and his sister. Will this be the beginning of the healing of a “broken family” or a deeper divide between the siblings?

I have been a documentary filmmaker for many years. I have also written and directed a few short narrative films which are in distribution. For the last few years, I have taught Screenwriting in a unique graduate program and mentored many talented students. This is an early draft of something I’d like to develop. It would be helpful to get feedback and meet new collaborators

Roz
Creator
New York, NY, USA
Roz began her filmmaking career with her award winning narrative short, PINK, which is in distribution through Phoenix Films. She has produced and directed, edited, written, and researched numerous film and video projects over the last 25 years. Some highlights include her role as Associate Producer on the PBS series, THEY CAME FOR GOOD (The History of the Jews in America); producing and directing short films about gentrification for The NY Mortgage Company, videos for the AUDUBON Society; and her work as producer/director of a series of short films for the MANHATTAN SCHOOL FOR EARLY LEARNING. Storytelling has always been her passion, both documentary and narrative. The Foursite Film Festival awarded her short narrative script, “Her Sister’s Keeper”, best short film screenplay. Then students at Weber State University in Ogden, Utah made the movie. Her recently completed short documentary, An American Quilt, Stitching Together our 9/11 Memories about quilt panels made for victims of 9/11 has been receiving top awards at film festivals worldwide. Roz was a member of the Digital Filmmaking faculty at the Art Institute of NYC for ten years. There she was able to inspire her students with her love of story, and character. Collaborating with others to make films is unique to the filmmaking art. She has been very fortunate to have found talented and dedicated artists to work with. Roz has been a member of New York Women in Film since 1990. As co producer of the semi annual Archive Committee interviews, Roz was able to provide some of her best students with opportunities to assist on these professional shoots and network with those in the industry. She realizes the importance of recording the accomplishments of women in the industry and also preparing the next generation of filmmakers. She holds an MFA from NYU’s Tisch School of the Arts, where she was honored with the Paulette Goddard Scholarship and received the Judge’s Special Merit Award for Directing.