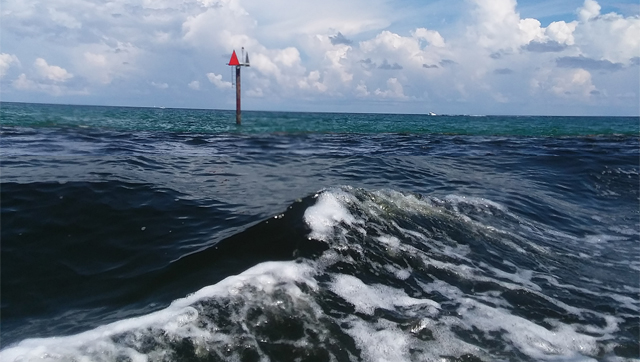 The events in Missing Persons, the pilot excerpt submitted, are the starting point for a multi-generational story about a family consistently challenged by unaddressed events and issues from its past. The central character, Missey Harris , is impacted by trauma at a very young age. Her response is to intuitively and creatively find ways to navigate her life in the midst of a family dealing with the aftermath of the death of a child. Over time Missey develops unusual levels of determination and compassion. Even when faced with disgrace and indignity she remains a deeply resilient and resourceful individual.

The exploration of this family dynamic remains at the core of my work as a writer. This content has been approached in a variety of ways over the years -- often as separate seemingly unrelated written or spoken word stories . The opportunity to consider the entire story as a whole through the creation of an episodic series has released a tremendous desire to script this familial journey in order to have it produced and shared with others.

Sandra Hughes
Sandra's scripts for television have been produced for cable channels and Public Television with national distribution. Her plays have been produced and performed in 36 states in the United States and 13 other countries and her radio plays have aired in Atlanta on WABE Public Radio and 1690 Voice of the Arts as well as on KSFR Public Radio in Santa Fe, New Mexico. Sandra currently writes personal stories she performs live and records for conferences and events presented by the Georgia Institute of Technology’s Transformative Narratives Project. Her recent spoken word album, Kairos, features her written poetry, memoirs, and dramatic monologues along with her original flute music with accompaniment by Grammy-nominated composer/pianist, John Burke.

Awards and honors include --

•A regional EMMY for “Outstanding Entertainment Program of the Year”

•Funding from the government of Ireland through the Consulate General of Ireland in Atlanta for We Have Risen, a play about Ireland’s Journey to Independence with an historic African American dimension.

As a teacher and mentor Sandra actively supports the emergence of playwrights of all ages, locally and nationally , through Young Voices with New Visions and Gateway Performance Productions.

SH
Sandra Hughes
Creator
Atlanta, GA, USA
Sandra Hughes is a producer, writer, director, choreographer, actor, spoken word performer, storyteller, flutist and teaching artist. She has written, choreographed and performed for award-winning programming with national distribution on Public Television as well as for cable channels. Sandra has also adapted her original stage plays and performance pieces for film and video . Highlights include a Regional EMMY as writer for "Outstanding Entertainment Program of the Year" and a showcase at the American Film Institute Video Festival in Los Angeles. Sandra’s plays and performance pieces have been performed on live stages at theatres, festivals, arts centers, museums, colleges, universities, conferences and other venues throughout the United States and in 13 other countries. Sandra has written, produced, co-hosted and performed for Public Radio and commercial stations. The Sandra L. Hughes Theatre Collection at the Jerome Lawrence and Robert E. Lee Theatre Research Institute documents her professional career. Sandra is also a vetted member of the National League of American Pen Women. As an artist in her local community Sandra has received an "Outstanding Partner Award" and an "Outstanding Community Service Award" from the City of Atlanta for her performances, classes and workshops for senior citizens and youth. Sandra's current focus is on creating video and film content for virtual platforms for Gateway Performance Productions (a non-profit arts organization) in response to the loss of access to live stage venues and opportunities.