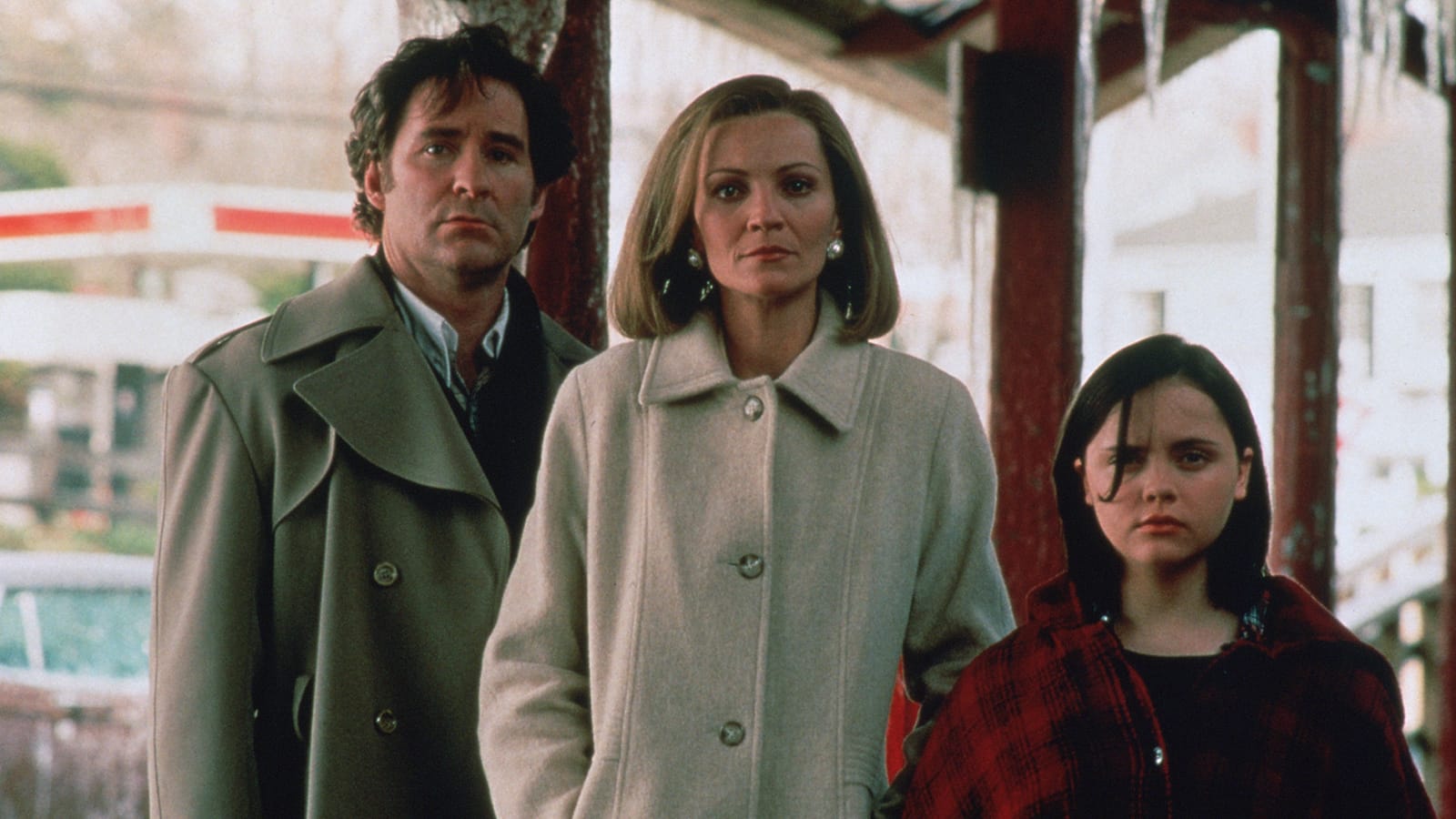 With three decades of experience and nearly 300 film and television credits, casting director Avy Kaufman (The Ice Storm, Mare of Easttown, King Richard) has worked with some of the greatest visionaries of our time including Ang Lee, Robert Redford, Steven Spielberg, Jodie Foster and Ridley Scott. In a recent Advisor Studio on the casting process, Kaufman offered a glimpse behind the scenes on what a casting director does and how to approach the job of finding the right fit for every unique role in a script. Read on for takeaways on collaborating with your casting director, finding talent and approaching the audition process with one of the most sought-after casting directors in the world of entertainment.

1. Keep an Open Mind During the Casting Process

Over the years, Kaufman has seen the need for casting directors evolve and grow within the industry and has been ready to grow with it. “Back in the day, they didn’t have [casting directors]. Look at old movies, you don’t see a casting person,” she explains. Casting directors became more common over time because writers, directors and producers have huge responsibilities on a project and often need another sounding board when it comes to the crucial decision making process of finding the right actor for a certain role. “It’s another voice. I always want to be very collaborative and I want to get into a director’s head, because sometimes if I feel strongly about something—and I know I’ve been obnoxious before—but if you read a scene and someone cannot get out of your head because of whatever reason, every voice opens up the mind.”

Nowadays, connections in casting are as valuable as the skill of casting itself. “I think people use us now because of relationships with agents,” Kaufman says. “They may not have the relationship and they think, ‘well, she could go get Joe Schmo. I don’t have any way to get Joe Schmo.’ So there’s different ways to use us.”

While working with a casting director and starting a new project, it’s important to try to go in blind, without any images of the character in your mind, as the majority of projects will require you to keep an open mind when looking for the right actor for a role. For your casting director, that begins with keeping their eyes open and consistently tracking what’s happening in the landscape of the entertainment industry.

“We can’t see everything, but [we try] to see as much theatre, TV and film as we can see. I work a lot, and I’ve worked a lot [around] the world. I work with European directors and film companies. I’m part of an international casting organization. So the pool of every diversity, ethnicity, language they speak, I just feel like I can’t get enough of knowing who’s out there,” explains Kaufman. That being said, there are times when writers and directors are creating a character with a specific actor in mind, and a casting director needs to be open to those conversations as well.

Once a casting director is able to build a catalogue of actors, the next step is advocating for certain actors with the rest of the production team. “When I start a project and if there’s a lead role that’s going to be an offer, I work on putting these lists together. We put reels together sometimes; if we’re fighting for someone to get a role, we will look at their resumes and put clips together of films or scenes or moments that can prove they would be right for this film. So we work a lot behind the scenes to push an actor for certain roles.”

It's a vision and a sense of trust, it’s a delightful experience to have with someone.

Advocating for certain placements is inevitably going to require a deep amount of trust and understanding with the film’s creative team, particularly the director, so make sure your casting agent is aligned with your vision for each individual character and the story as a whole. “When a director comes to me like ‘look at both of the auditions,’ I actually ask him or her questions, not to trick them, but questions like: Who can you live with? Who’s telling your story? What are you getting from that actor? Is that what you want for the character?” Kaufman says, noting that a casting director should understand the story in the script as it is written as well as the bigger picture that the director has in mind.

Kaufman recalls a specific meeting she had with director Ang Lee while casting for his film The Ice Storm. “[In] my first meeting with Ang Lee, I was so incredibly nervous. He had just done Sense & Sensibility. We talked about the characters, we talked about people I would bring in, and we could tell that we were having the vision together. And that’s a brilliant feeling, whether it’s film or with a friendship or whatever we do, to feel that you’re seeing it the same way,” Kaufman says. “It’s a vision and a sense of trust, it’s a delightful experience to have with someone.”

Keep in mind, however, that as passionate as your casting director may be and as perfect as they may feel an actor is for a certain role, the final decisions are up to the discretion of you–the director and producers. “I’m so glad that I’m not the ultimate decision maker, because it’s tough,” Kaufman says.

The feeling of shared vision and trust extends to Kaufman’s decisions about which projects to take on in the first place. “For many years, I felt like I was getting the same stories about either death or loss. I felt like they kept coming to me and I felt like there was something I needed to work on. I felt like the world was telling me that I had to deal with something, because I kept getting the same stories, and then I realized that there’s something in each one of those stories that must be told.” This is advice Kaufman also gives to those on the other side of the casting table as well: “If you’re an actor, what roles speak to you? We all have something that speaks to us,” she says. “When things speak to me, I love to be part of them.”

3. Use Your Intuition and Look for Personal Connections to the Material

Once a casting agent has identified the actors they want to place in a film or TV show, it’s not uncommon to start working directly with the actor to help them impress the director and producers. Kaufman explains that she is often present during auditions and can make small adjustments to an actor’s performance to help them get the roles; however, this part of the casting process has been deeply disrupted by the coronavirus pandemic, where actors are now usually recording their auditions and sending them to directors, or may be auditioning over video.

With the world being what it is currently, Kaufman emphasizes the need for casting agents and directors to have that connection and understanding as well as empathy for the actor and an understanding of their process. “I’ll tweak a little bit and so many of those little tweaks got people the roles, so we couldn’t have been happier with that, that was just the greatest experience,” Kaufman says of in-person auditions.

With things being different at the moment, that clear communication comes in handy again. “Cut to Zooms and actors taping on their own, and we’re not in the room, so I will say to the director or the producer whomever, ‘This is what they did, but I know if you tweak it, that they could do that.’ Because the director could say, ‘But I didn’t feel this from it.’ That was because they didn’t have the direction to do it, and also, not everyone gets a script to read. They’re using their imagination.”

It’s not always easy to stick to your intuition regarding auditions and casting. “With my career, there are actors that I have truly fought for, and some directors let me be obnoxious, because sometimes I don’t know when to stop pushing before [I become] obnoxious. Some directors have let me do that and some of these people are now famous. And then some directors will not hire me again because I was too outspoken,” says Kaufman.

Nevertheless, finding and advocating for certain actors often comes down to a feeling that Kaufman describes as “close to the bone,” or a sense that an actor has a personal connection to a particular character that will make them stand out among the many others who are vying for the part. “A couple of years ago, [I was] looking for a little girl to deal with her parents’ divorce,” says Kaufman. “What I do with kids often is I asked them to tell me something about themselves, and she didn't mention [divorce], but before she left the room, she said something about her parents. So when I walked her out I said hello to the mother and I said ‘what a sweet sweet little girl,’ and she said something like, ‘yes she's going through something right now.’ So I realized that she was relating to this young character. because of what she was going through. That's what I mean by being ‘close to the bone.’ Who is this person, and what can they relate to?”

Note: The recording of the Q&A portion of the event is available exclusively to Course Pass and Creator+ members. Try Creator+ membership free for 30 days. Click here for more information.

PrevThe Recipe to Creating a Feature Script That Audiences Can’t Get Enough Of
Let Love Persevere: Five Insights from Marvel’s Victoria Alonso on Creating a Fulfilling Career in HollywoodNext 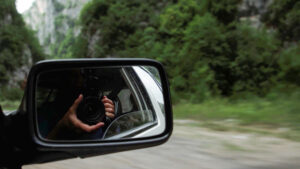 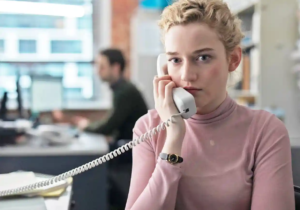 How Filmmakers Create New Worlds with Music and Sound 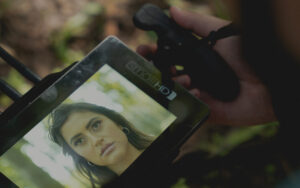