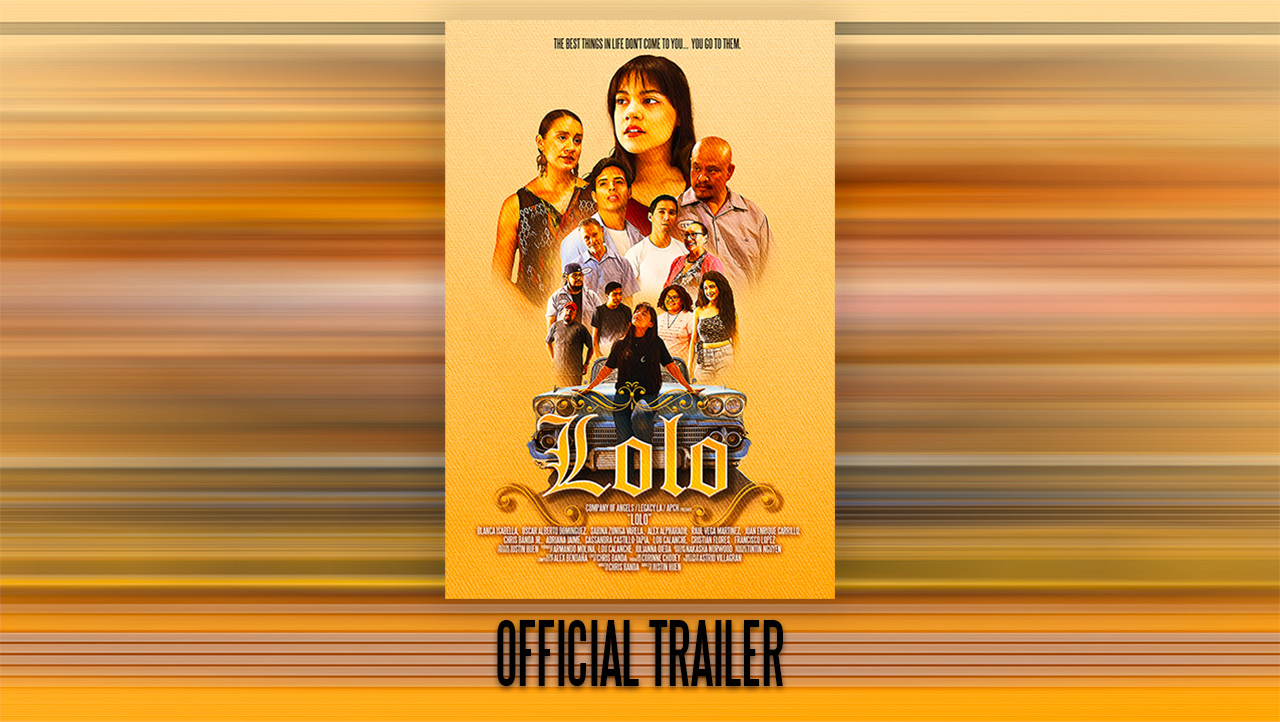 This is a trailer for a film I edited which is an adaptation of my stage play entitled “Lolo.”

As the world began to come back after Covid, the play was invited to be part of El Centro del Sur Virtual Theater Festival. We wanted to shoot the play more cinematically rather than as a stage play. In conjunction with Company of Angels Theater Group and Legacy LA-- an inner city youth program, the entire play/film was shot, lit, and audio captured by the 13 through 17-year-old youth of Legacy LA under the direction of Justin Huen.

The film was then handed to me for editing and post.

SYNOPSIS:
Lorena "Lolo" Lopez returns home from college to mourn the unexpected death of her father, Cesar. On this day, Lolo visits the family business-- A neighborhood Auto shop in Baldwin Park, California; The place where she grew up, where her father taught her about cars, where she worked all her life, and the place she desperately wanted to escape. While visiting the shop, her mother, Graciela, informs Lolo unless she gives up college to stay and run the shop, they might have to sell it. Further burdening Lolo is her father's classic car, which she has been working on it since she was a child. Ignacio, Cesar's son from a previous relationship, shows up claiming rights to the car.

Lolo must confront everything she had decided to run away from… The shop, the car, her father's expectations, what it is to be a Chicanx woman who works on cars, and a cultural identity that makes her feel as though she doesn't belong.

Ultimately, Lolo realizes the decision she makes is not only right for the neighborhood but what has been right for her all along.

I would like feedback on the editing, writing, and to gauge interest in the subject matter

Chris Banda
Creator
CHRIS BANDA is an award-winning writer/director, from Southern California. His writing career began at Rio Hondo College in Whittier, California. While working toward a degree in theater, he wrote several plays, including Playing Clean, which was performed for the Kennedy Center’s American College Theater Festival New Works Program. In 1995, the theater group L.A. Teatro produced his play dAWGS at Glaxa Theater in Silverlake, then extended its run at Gardner Stages in Hollywood. In 2000, the play was produced again and performed at The Ivar Theater and the prestigious Los Angeles Theater Center. In 2010, he enrolled at the Los Angeles Film School and quickly became recognized for his writing and editing work. After graduation, he worked as a writer and editor on several short films, features, and web series. This work included the award-winning web series, Encounters, where he wrote and edited two episodes, Adobo, and the award-winning Between the Lights, which he also directed. In 2015, he began working as a full-time editor for Machinima, Fullscreen Media, and for Emmy award-winning director Kico Velarde and his docu-series Lowrider Magazine’s Lowrider Roll Models. During Chris is currently working as a digital video editor creating content for Tennis Channel and NBC Peacock. Chris wants to tell stories that will portray and represent his community honestly. more...
Tags:TV / Digital SeriesFeatureFiction