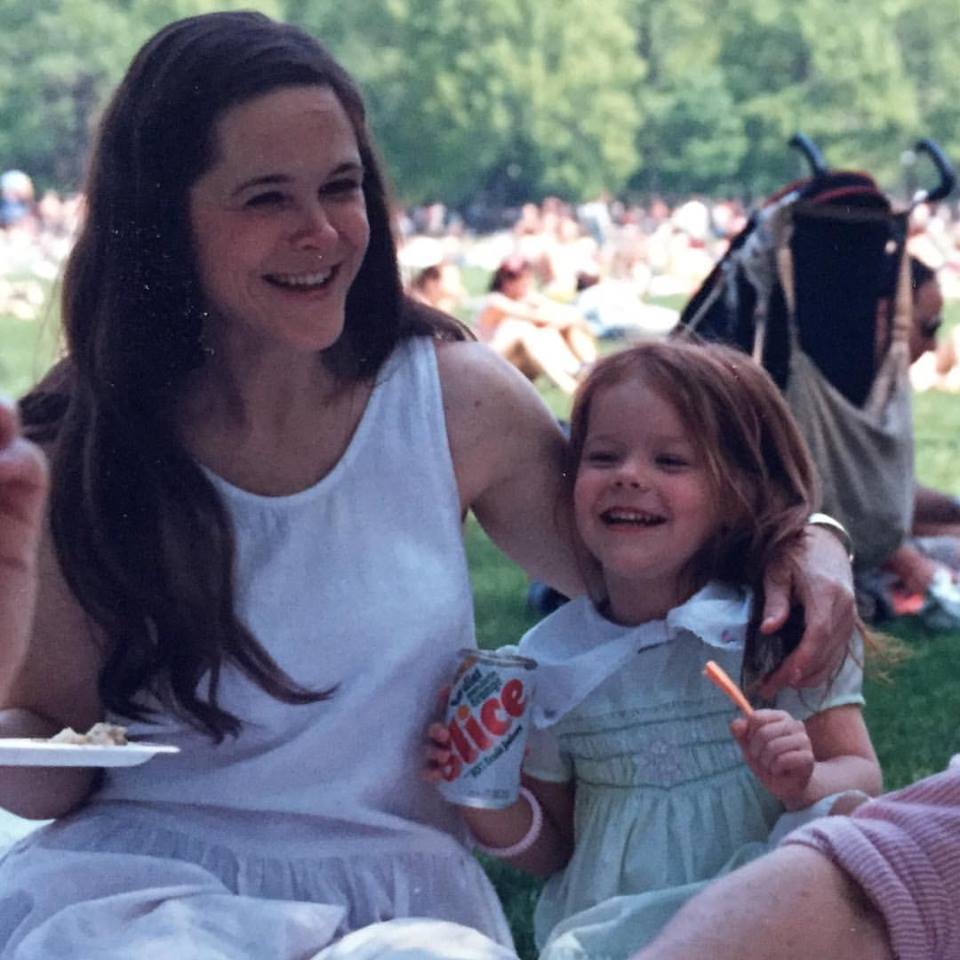 Clarendon in the Summertime (My So-Called Family)

Everything You Can is an homage to my mom, Jeanne Drewsen. A genius from nowhere who fought her way into Yale Law School with classmates who became Presidents and Supreme Court Justices, she is the ultimate feminist, a champion of young people overcoming obstacles to reach their dreams, and is the most generous person I know in the world. She is also the most stubborn and independent. When my dad passed when I was nine years old, my mom was left impoverished. Having left the private legal sector to raise her daughter and start a small literary agency, she found it nearly impossible to get back into the work force. She finally found a temp secretarial job, and when she corrected some legal work one day, they asked her, "How did you know this?" She replied, "I went to Yale Law School!" That day she got herself a full time job as a lawyer again, and has worked like a dog ever since to give me the best life she could, and champion whatever dream I chose. The dream I chose was to be an artist in the theater. I attended Vanderbilt University, got a scholarship to the MFA Acting Program at NYU, and graduated into the worst recession in generations. Through it all, as I auditioned, wrote and hustled, she never let me worry about her, even as her health deteriorated. It was just us, and she never wanted me to worry. Every few months as a matter of checking in, she would quiz me on where to find her tax information, what end of life preparations to take, what music to play at her memorial. This went on for years. It broke my heart, and filled me with eternal gratitude. This script, almost everything I write, is in honor of her.

I have been a professional artist since 2009, but that has taken different roads. This year, 2019, a feminist horror-comedy short film I wrote and directed, 3 DAYS, has been accepted into 7 festivals, and premiered at the San Francisco Independent Film Festival. From 2017-2018 I was an Artist in Time Warner's first OneFifty New Storytellers Initiative, developing original work. In 2015, The Orchard distributed my debut feature film as a writer/director, MOVED, an experimental dark comedy shot entirely in one 86 minute take and funded entirely on Kickstarter. Concurrently, I appeared as an actor on I'M DYING UP HERE, THE GOOD WIFE, THE COLBERT REPORT, PERSON OF INTEREST, many independent films including the fully-improvised indie darling feature THE WEEKEND, and am still a long time performer at the Upright Citizens Brigade Theater. I am a member of Film Fatales LA, Alliance of Women Directors and Women In Film, am a board member of the NYU GRADUATE ACTING ALUMNI ASSOCIATION, and am a longtime volunteer at 52nd Street Project and Inner City Arts. I am ready to be in this industry, I lack only representation and the next level opportunities.