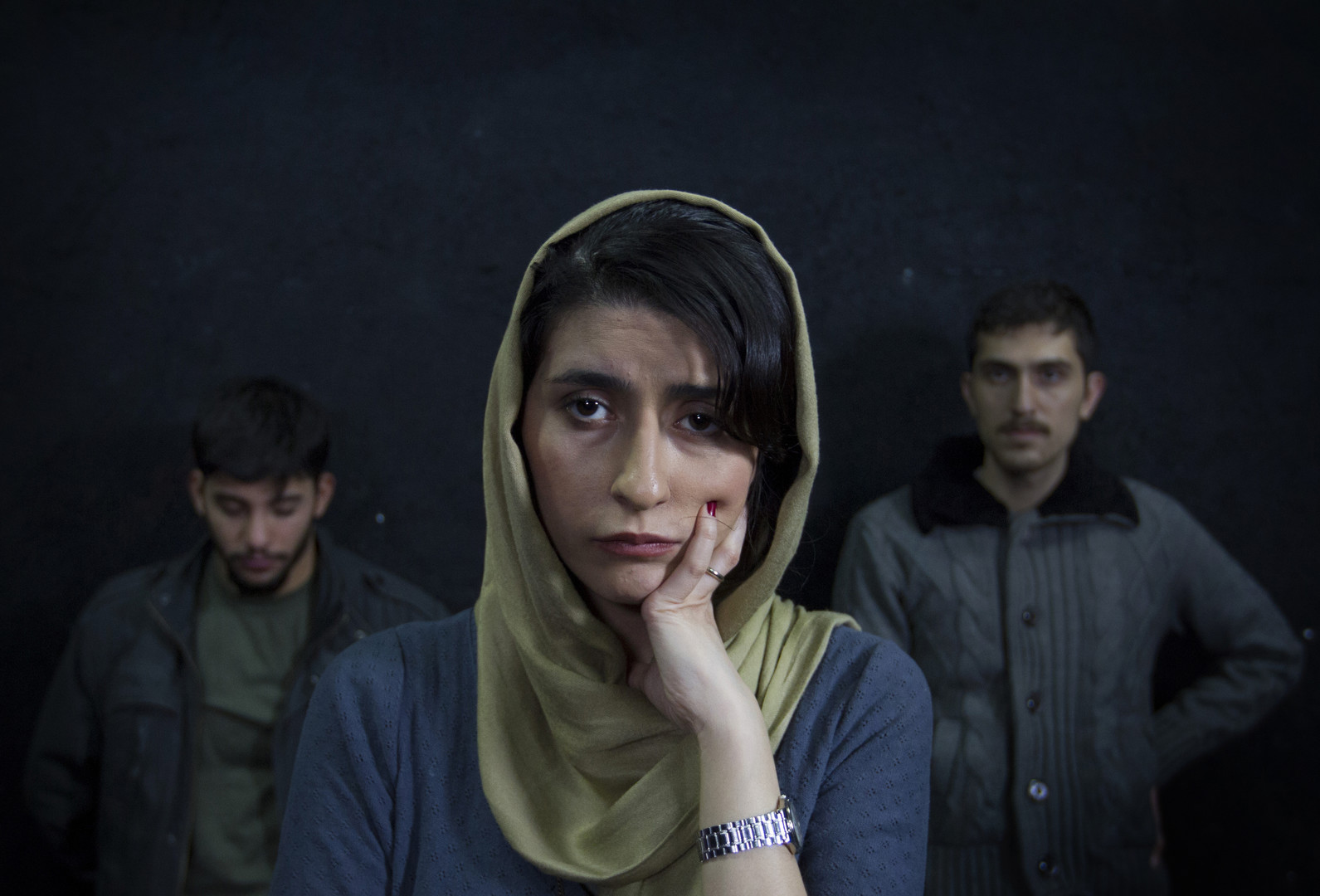 A young couple (Mojdeh and Reza) are hosting Reza's old friend Edmon in their house. Mojdeh has always wanted to become a journalist for Boojga news network. Not willing to adapt to the reality distorting culture of media, she never gets accepted. Reza is studious but an unsuccessful film maker. From the beginning Edmon grows fond of Mojdeh who is a reclusive painter. After multiple attempts Edmon finally gets close to Mojdeh but realizing her rebellious personality backs away. Edmon leaves the country and the circumstances get worse for Reza and Mojdeh who both suffer from Melancholia. The story is narrated by Edmon and after a while some inconsistencies develop between the narration and the scenes. Edmon in fact is telling the story for a person named Paniz. Paniz who is also part of the story knows Edmon's distorted style of storytelling is a way for him to paint an innocent picture of himself. Edmon returns from his overseas trip and in a series of events that happens between him, Reza and Mojdeh, Edmon comes out as the winner. Edmon, realizing Paniz’s knowledge of the truth, fears her from that day forward.

Mehrnoosh
Creator
Philadelphia, PA, USA
Mehrnoosh Fetrat (مهرنوش فطرت) is an Iranian filmmaker whose had a strong passion for literature and cinema since childhood. She received her MA in Cinema from the Tehran University of Art. She moved to the United States in 2017 after being awarded a University Fellowship--one of the most prestigious fellowships--in the MFA program in Film and Media Arts at Temple University in Philadelphia. She has written, produced and directed three short films War Game, America and Copsi which have been screened in more than fifty film festivals and galleries in countries such as USA, Germany, Italy, Nigeria, UK, Croatia, Turkey, Iraq, and India. Festivals such as BlackStar Film Festival, Tehran International Film Festival, Sundance Collab, Kurdish Film Festival in Berlin, Buffalo Dreams Fantastic Film Festival, Ca' Foscari Short Film Festival, Adirondack Film Festival, Trenton Film Festival, Vox Populi Gallery, High Falls Women's Film Festival, Frames Film Festival, River Film Festival, London Iranian Film Festival, UFVA and many others. They were nominated and won several awards. America is now available on Comcast’s Streampix movie service. CFMDC--Canadian Filmmakers Distribution Center--is the distribution company for her films. War Game is now in the distribution process. She has been nominated for the Princess Grace Award. Her films are admired by people such as Boots Riley and Golshifteh Farahani. She founded the Utopia Film Club which provides a place for all cinephiles to watch and discuss Avant-garde and alternative cinema. Utopia Film Club has had screenings every month since 2017. more...
Tags:DramaActivism & Social Impact Shorts

OUTTA THE DARKNESS INTO THE LIGHT