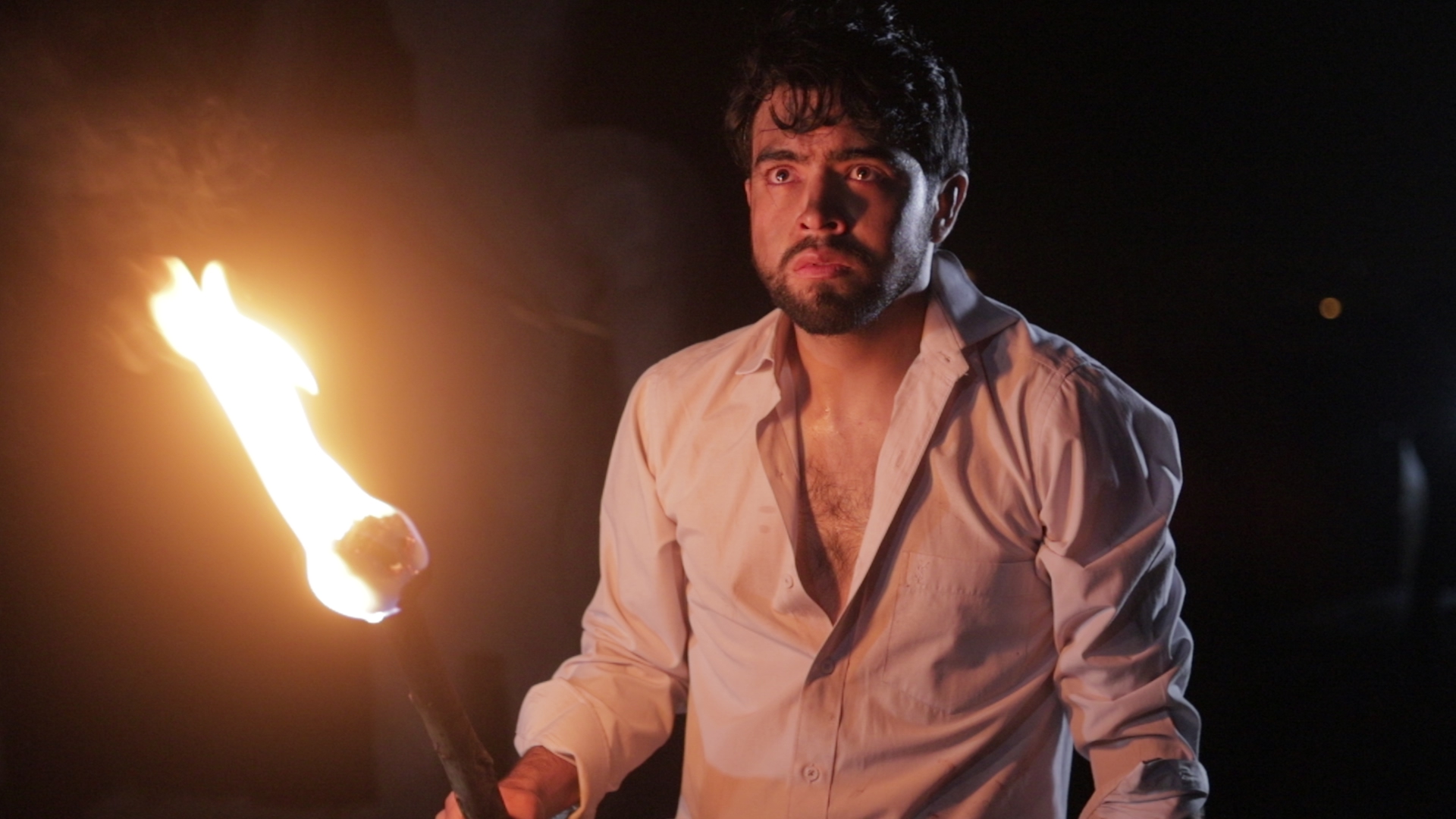 Adrian and Dalilah are two young lovers that swear to each other eternal love. But when Dalilah goes missing on her way back home, while walking through the dark forest paths, Adrian must venture into the heart of darkness in search of his beloved and face the terrible creature that stalks the forest when night falls.

I want to point out a couple of things: one is that I know there are a couple of moments where a minor mishap in make up can be seen, but it is something that can and will be fixed in color correction; I have already spoken to my colorist about this, and she assures me it can be done once I have the final cut. So please, do not let that distract you. Also, this is a nearly final version of the short film, but there are still a few details that I need to polish before I have the final cut, so there are a couple of parts without music/sound.

What I want to know the most is: is the story understandable? Do the characters feel real and relatable? Visually speaking, what stands out? How does the setting for the story make you feel? And, most importantly, since this is a proof-of-concept short film, did you like the ending? Does it make you want to know more about the film, the story, and the world where it takes place?

Andres Torres H.
Creator
Quito, Ecuador
Andrés Torres H. was born in Quito, Ecuador, and from a very young age became interested in history and storytelling. As a kid, before even being able to read or write, he used to scribble and doodle on post-it notes and pretend they were fantastical stories. In school, he started making his own comic books, and once he entered college to study filmmaking, he began writing screenplays and novels, as well as directing short films and music videos, most of them with a dark fantasy undertone to them. Since graduating college he has written one horror novel and several short screenplays, and is currently working on his second novel, "The Ransom of the Sun," a historical fiction epic tale recounting the last days of the Inca Empire, as well as outlining the pilot for his horror/dark fantasy/history-inspired TV show, "The Eyes of Midnight," based on the early years of Spanish colonization of the territory that would become modern-day Ecuador, as well as developing the feature screenplay of "The Lovers," a horror/dark fantasy/romance proof-of-concept short film written, produced and directed by him. more...
Tags:Shorts