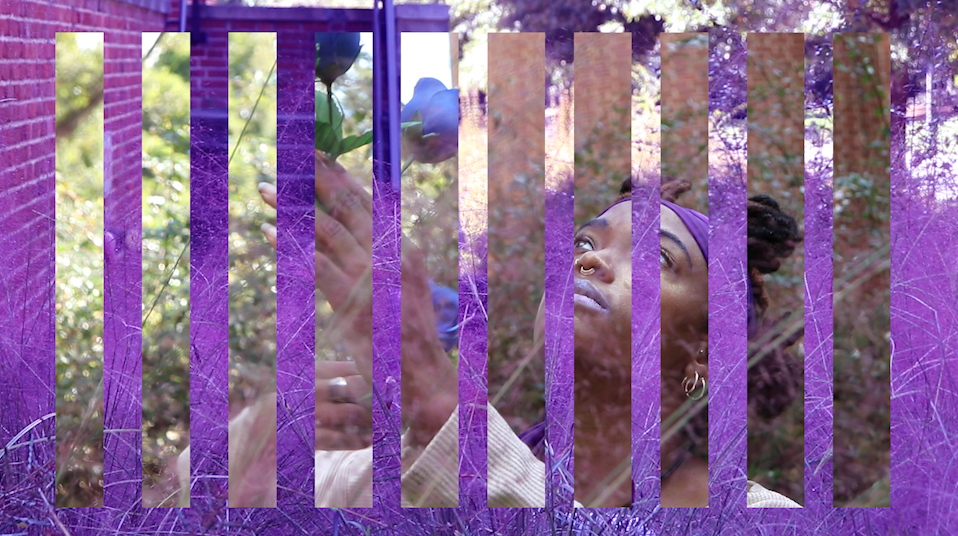 Relics of the Afrofuture acts as a nonlinear portal of present relics and future possibility, linked through nature. The link between Black life and nature is crucial, in this portal natural resources are not weaponized against Black communities. Black life is cared for and preserved as the environment.

On the sliding spectrum of Afropessimism to Afrofuturism, we both find ourselves in the in-between. For us Afropessimism acknowledges the reality of the lasting effects of colonialism and imperialism in relation to folks of African Diaspora. We view Afropessimism as the reality of the present moment, that lets us know reform cannot be synonymous with or to reconstruction, reform must be synonymous with abolishing the systems which are not in support of Black existence. Afrofuturism for us is experienced through people of African descent being and existing in spaces and identities they were erased from, or not imagined in. Afrofuturism allows for Blackness to be expansive rather than confined.

Ivy Nicole-Jonét
Creator
Durham, NC, USA
Ivy Nicole-Jonét was born and raised in Southeast Washington, DC. Experiencing the gentrification that invaded the city, Ivy has first-hand experience in the ways gentrification profoundly disrupts, disregards, and dishevels Black communities. This experience inspired her to delve into documentary filming and animation as a medium for expression, preservation, and documentation. Ivy Nicole-Jonét essentially works in the digital media form to create pieces that challenge the norm and narrative as an artist. These same pieces also work to document the narratives that have been silenced or disregarded. Working as a documentarian and artist, I connect to much of the stories that I showcase. Having studied at the University of Pennsylvania in Fine Arts with a concentration in Animation and Film/Video Production, Ivy Nicole-Jonét's work is centered around the medium of animation, film, and archival footage. Ivy continues her studies through the MFA Program in Experimental and Documentary Arts at Duke Univesity; her current artworks are centered around an immersive, documentary experience that celebrates Black Womxn by bridging archival footage, animation, and documentary. more...