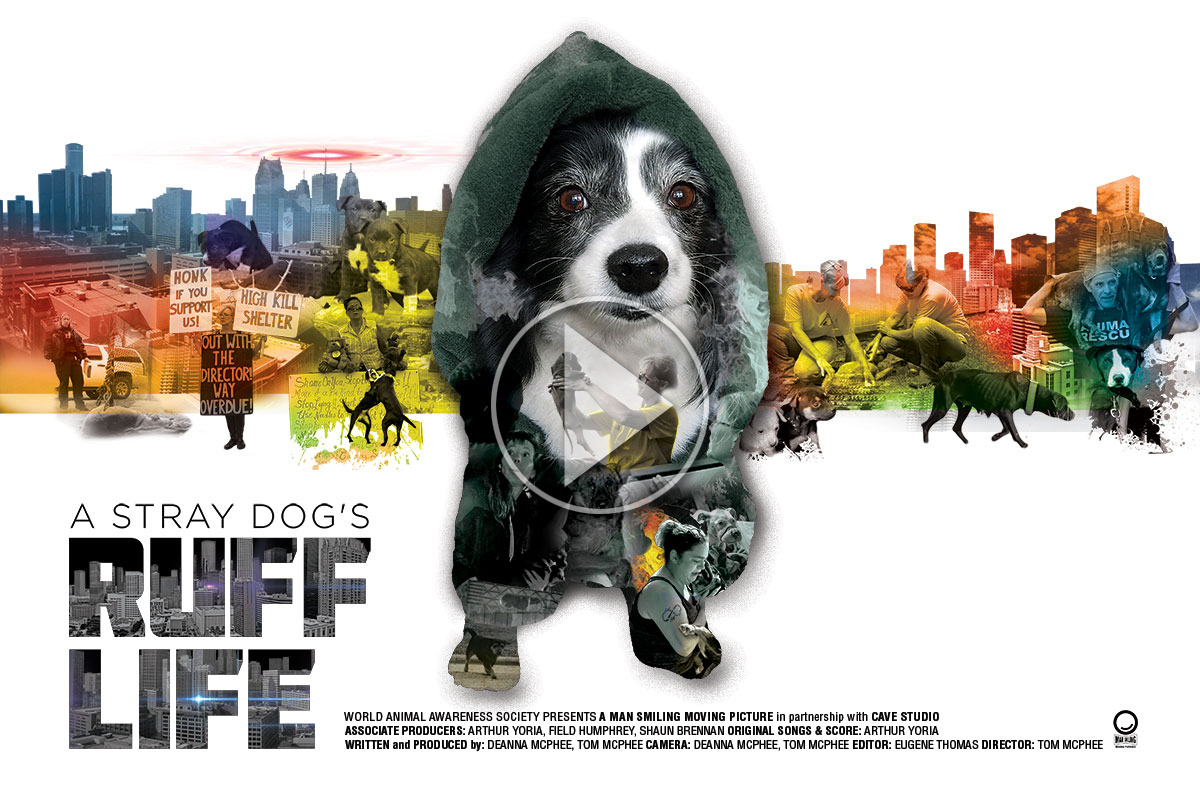 A penny for your laugh - episode 2

RUFF LIFE is in the last week of editing prior to picture lock on October 30, 2019. Any feedback before then would be greatly appreciated. After that it will be too late. RUFF LIFE held a W.I.P. screening in June at the Austin Film Society.

From the citizens of Detroit protesting the treatment of animals at Detroit Animal Control, to Best Friends Animal Society having their resources refused by Houston SPCA after Hurricane Harvey, we take a deep dive into the transparency, or lack thereof, within each city.

Tom McPhee
Creator
Austin, TX, USA
I am a story-teller, I create original filmed stories as they relate to human animal interaction. I am Executive Director of the World Animal Awareness Society, an award winning producer & director of film, TV, and multi-language interactive media, and I own 2 media companies, Cave Studio and Man Smiling Moving Pictures. I have a passion for surrounding myself with people and tools that help me unlock and better understand life's mysteries. I am releasing the feature doc, RUFF LIFE for the 2020 TV season. I served as Show-runner and Host-Character for two animal centric TV shows broadcast in Canada on the now defunct Toronto based Stornoway Communication's "The i-Channel" and their specialty niche, "Pet Network" (Tom McPhee's Rescue Journal and Rock & Roll Dogs in 2009). I produced, directed and was principal creative force behind the multi award-winning documentary, An American Opera: The Greatest Pet Rescue Ever! (2008) chronicling the animal rescue efforts post Hurricane Katrina, with footage shot in New Orleans becoming part of a NatGeo, PBS Nature, and 2 Animal Planet specials in 2005. I created and produced FLIXTOUR, the premier, nationally sponsored, college targeted, indie film tour - in the mid thru late 90's, lauded by indiewire, MovieMaker, Filmmaker and MovieLine magazines as the next 'thing' with sponsors as diverse as Pelle Pelle & Discover. FLIXTOUR achieved memorable successes, including launching indie icon Kevin Smith's ongoing & highly successful college speaking series, and more serendipitously, helping launch the comedy directing career of then almost broke Paul Feig (Freaks & Geeks. Bridesmaids, SPY). Paul wrote F&G while presenting his film on FLIXTOUR in 1998. more...