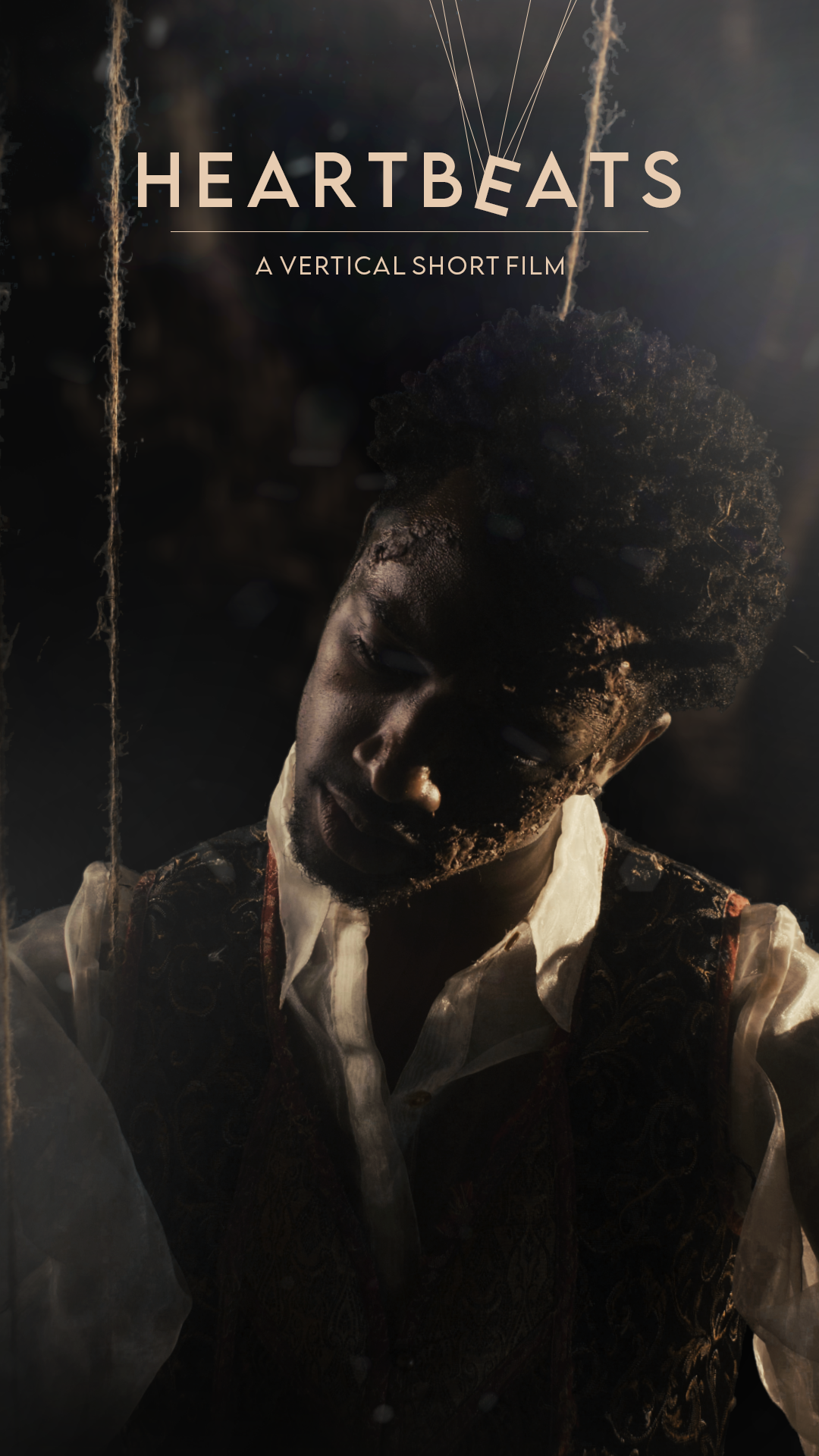 Raised in the American South, I was taught not to explore my sexuality, and was taunted for being too feminine. I was forced to go to church, where the pastor would drop the f-word and condemn homosexuality. I felt as though I was living life as a puppet, forced to move in a way that satisfied someone else, to behave in a manner dictated by a strict societal code, and to think in a way that aligned with the greater religious atmosphere of my hometown. In "Heartbeats", at the stroke of midnight, this puppet awakes.

Cameron Kostopoulos
Creator
Los Angeles, CA, USA
Cameron Kostopoulos is a queer writer and director based in Los Angeles, California. Currently studying at USC’s School of Cinematic Arts, Cameron is set to graduate in May 2022 with a BFA in Film & Television Production, with a minor in Future Cinema. In addition to short films, he also creates in new media, including VR & XR, motion capture, live installations, experimental film, and interactive experiences. With a multidisciplinary approach to filmmaking, Cameron’s work blends poetic cinema with narrative storytelling, relying on emotional realism to explore the inner psyche of his characters. While at USC, his short film “A Mother’s Soliloquy” was recognized as a Semi-Finalist by the Student Academy Awards. Originally from Fort Worth, Texas, Cameron uses his own experience with homophobia to create films that spread empathy and understanding for the queer experience. He has worked with leading LGBTQ+ organizations to create and promote stories about queer identity, including The National AIDS Memorial and The Sisters of Perpetual Indulgence, and has collaborated with queer artists including Jason A. Rodriguez, co-star of the FX series POSE, to bring underrepresented characters to the screen. more...