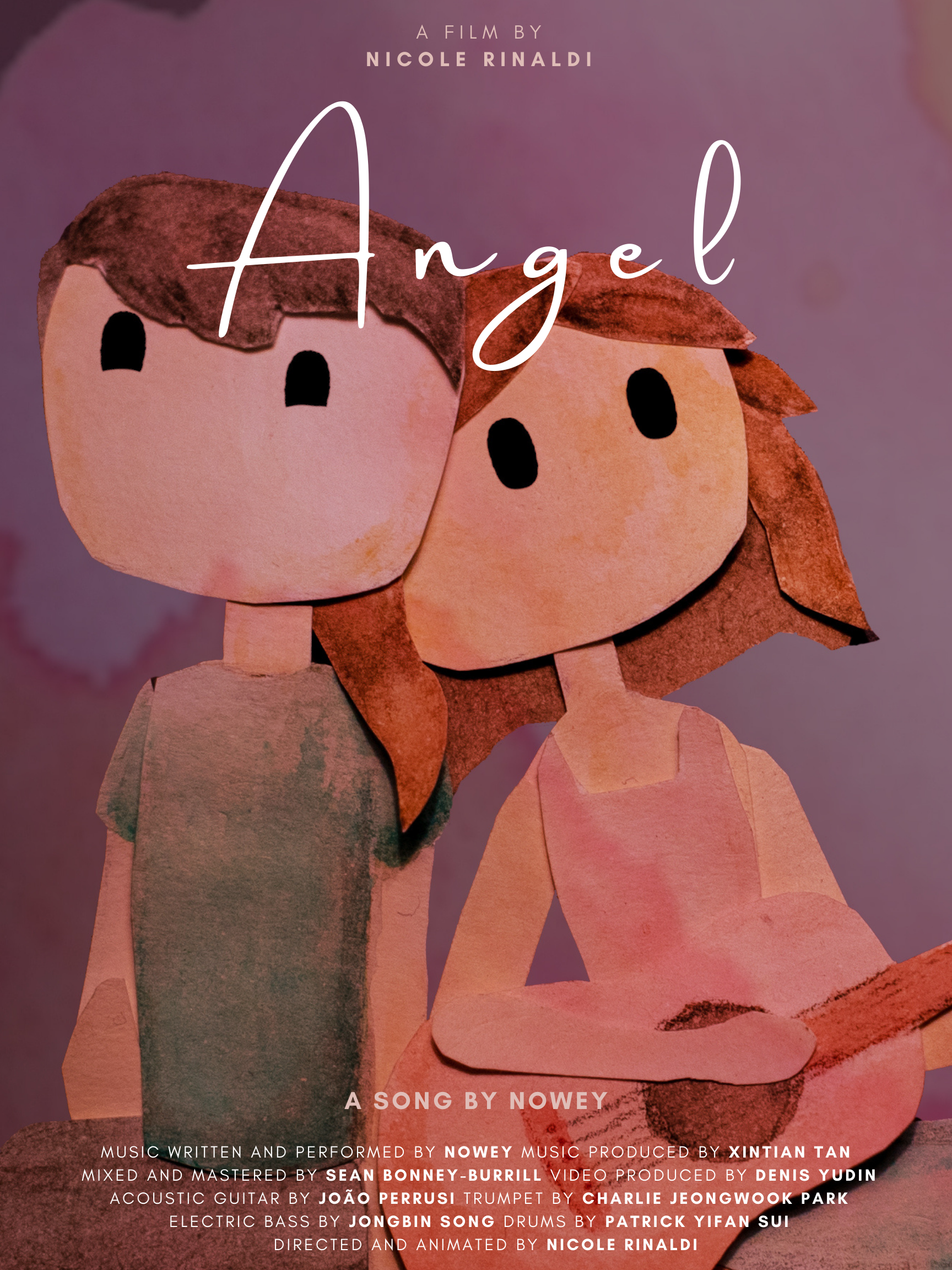 This music video evokes the feeling of being in a loving relationship through abstract, satisfying images and narrative elements that illustrate parts of the couple's relationship. A modern reinvention of the work of animator Harry Smith, this piece builds on that abstract yet evocative nature. Using watercolor painting in addition to cutouts, this music video brings a new textural element to experimental stop-motion animation.

Nicole Rinaldi
Creator
New York, NY, USA
Nicole Rinaldi is an award-winning filmmaker with a special interest in young adult narratives and directing children. She graduated Emerson College in three years, becoming the youngest person to complete the BFA program. With her thesis, "When the Wolf Comes Home," she won Best Short Screenplay at the New York Long Island Film Festival and Audience Choice at Blackbird Film Festival, and garnered two nominations in directing. As an avid supporter of women filmmakers, Nicole volunteered for Film Fatales for a year. She made her most recent project during the pandemic, using stop-motion on her bedroom floor. "Angel" was an official selection of the academy qualified film fest ANIMAYO, won Best Music Video at NYLIFF, and Honorable Mention at Her Int'l Film Festival. "Angel" is a wholesome animated piece about being in love. more...