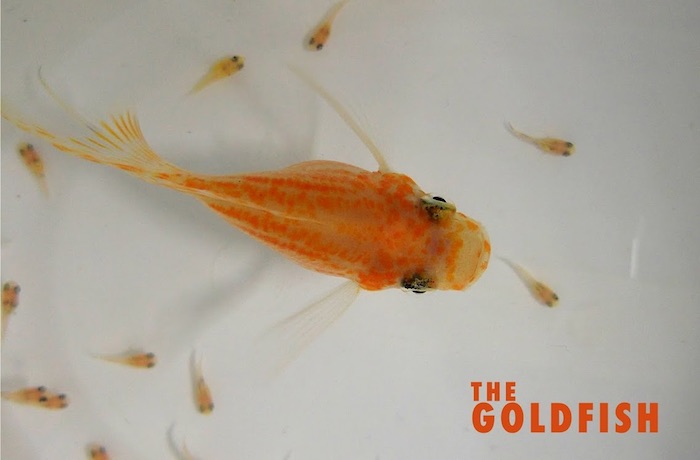 THE GOLDFISH is a proof of concept short film for a feature about Olivia, a transracial adoptee whose pregnancy forces her to confront the unknown-ness of her origin. The story in the short is told from Olivia's point of view.

In my next draft I I think I need to look for ways to bring Olivia's relationship with her sister Sara more to the forefront.

In this moment where Olivia is already a belly’s length away from Sara, this sudden spotlight on Olivia's adopted-ness makes her feel even more estranged. I think it should be this distance, paired with the goldfish-triggered thought that Olivia can’t shake - “What if I don’t want my baby?” - that sends Olivia into an anxious and isolated spiral at the party. Right now I think the exposition and the envelope are a bit clunky but I haven’t figured out an elegant solution. Thanks for checking it out.

Ashley Brim
Creator
Los Angeles, CA, USA
Ashley Brim was born to strangers and adopted by wonderfully practical parents who ensured she was literate before sending her to art school to study photography. After a decade holding a camera, Ashley was offered a job working for director Michael Cuesta on the pilot of HOMELAND (Showtime/Fox 21). Exhausted by freelance life, she enthusiastically took the gig and so began a journey to a completely new career (which wasn’t exhausting at all). Over eight seasons she learned all the ins and outs of making TV across three continents and many many time zones, eventually earning a producer title and a lot of hats that say HOMELAND. Ashley’s award-winning short film AN ACT OF TERROR starring Olivia Washington and Tonya Pinkins has screened at festivals around the world and was recently awarded a Special Jury Prize at the 2020 March on Washington Film Festival. Her short screenplay THE GOLDFISH won the 2019 New Orleans Film Festival Screenplay Competition and was a Second Rounder at Austin Film Festival. Produced in 2020, THE GOLDFISH stars Diarra Kilpatrick, Cedric Sanders, and Dhruv Singh and will hit the festival circuit in 2021. Ashley is an alumna of Ryan Murphy’s Television Director Mentorship Program, the FOX Global Inclusion Directors Lab, and the Alliance of Women Directors’ Directing the Actor Workshop. She has shadowed Lesli Linka Glatter and Michael Cuesta on Emmy-nominated episodes of HOMELAND, Jonathan Frakes on THE GIFTED, and Dan Minahan on AMERICAN CRIME STORY: VERSACE. Ashley is an unapologetic cat person but she is sorry if that means you are allergic to her house. She lives with her husband in LA where she writes scripts, makes movies, and organizes with White People for Black Lives. ashleypaigebrim.com more...
Tags:Shorts