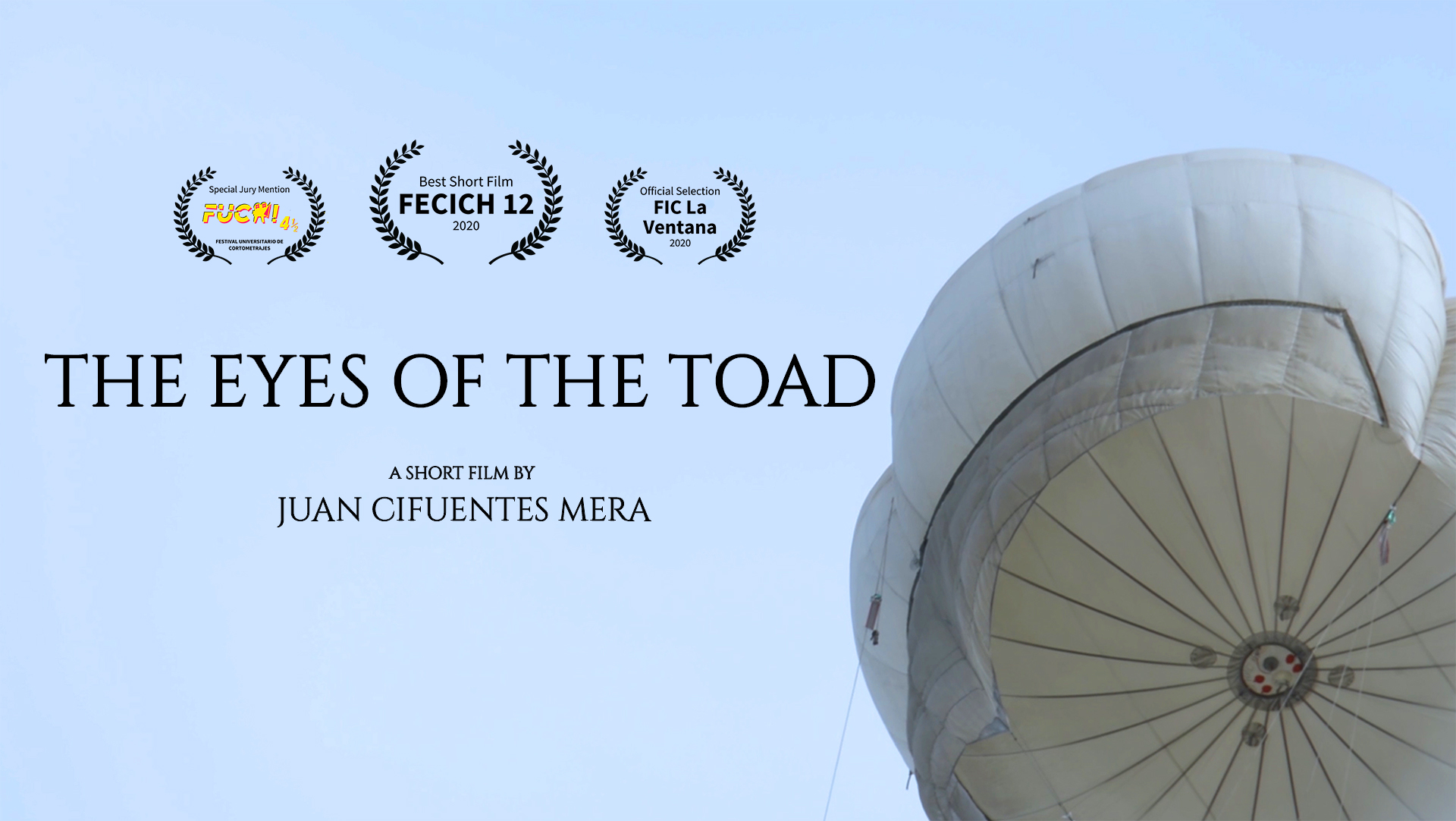 Crime is at an all-time high in the wealthiest neighborhoods in Santiago, or so the high class people of Chile thinks. The government feeds this paranoia by setting up Israeli surrveillance balloons to fight crime in these areas. These state of the art devices can record 24/7, watching everything and everyon, ignoring any type of privacy people may have.

Juan Cifuentes Mera
Creator
Santiago, Santiago Metropolitan Region, Chile
Born in Santiago, Chile, Juan Cifuentes Mera is a 21 year old film student at Pontificia Universidad Católica de Chile, set to graduate in 2021. He has worked in other fellow student's short films as an AD, gaffer and electrician. “The Eyes of the Toad” is his first work, a student short film that began filming in late 2018 and has been selected in Chilean festivals like FUC (Festival Universitario de Cortometrajes) or FECICH, where it won the award for best short film in it's world premiere. Since October 18, 2019, the day social protests erupted in Chile, he’s worked in several collective projects taking different approaches to talk about the social movement, from documentary and photography to animation, such as @ojochile and @rei_chile, outlets that serve as alternative media to counteract and touch on subjects that traditional media prefer to overlook. As a film student he’s interested in exploring new ways of telling stories and experimenting with new technologies, always maintaining a critical and social view in his past and future projects. more...