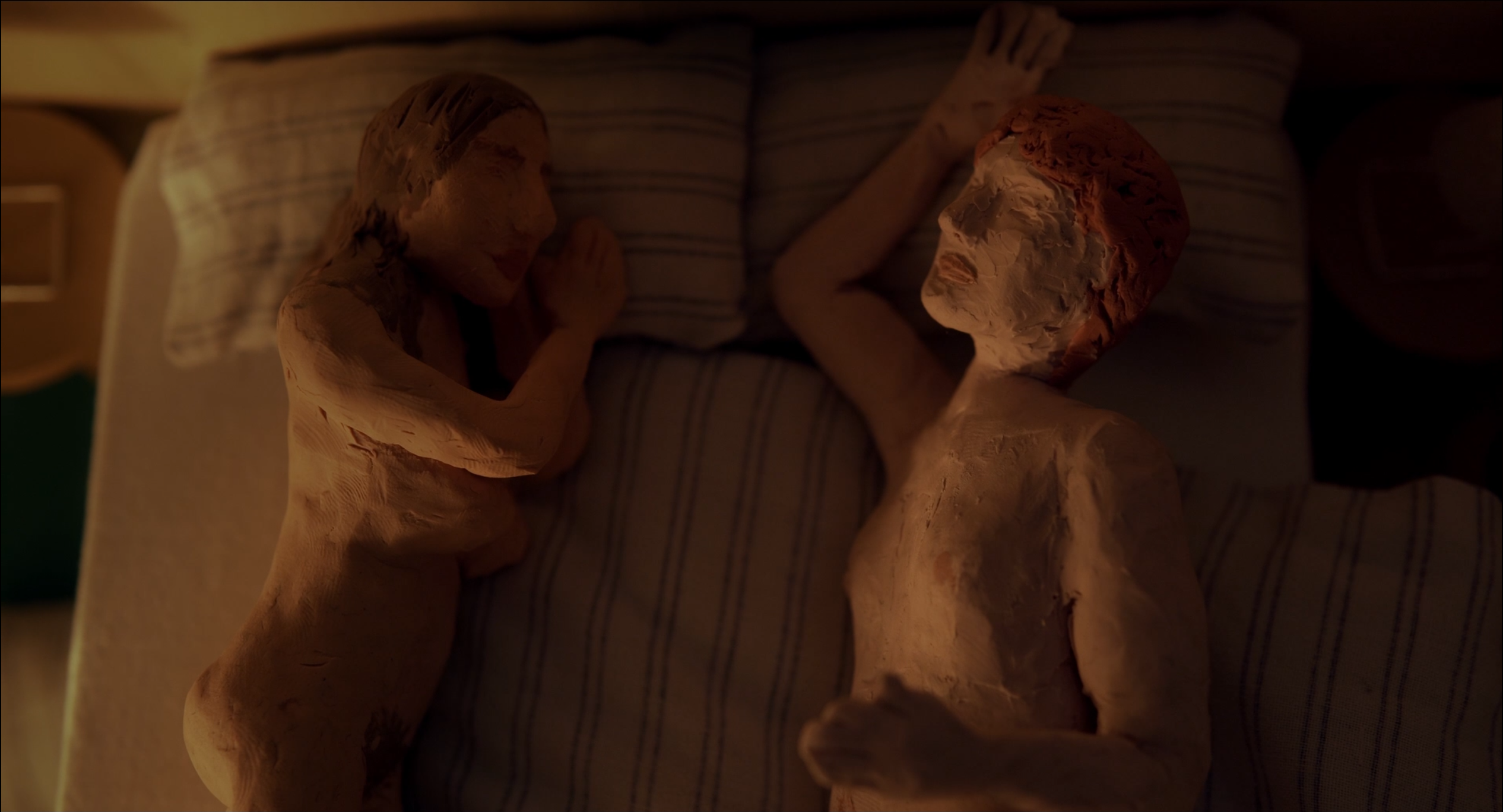 It was never my intention to make a film about Covid-19, but the pandemic serves as the catalyst forcing a new couple to make a difficult decision. Ultimately this leads to something more interesting; a battle between two romantic personas - a fantasist and a realist.

The still motion animation style of the film follows its function. Small Talk was made in lockdown, with minimal crew involved and therefore is a homemade romantic fantasy created in relative isolation. The dreams of both characters, and the filmmakers who created them, can never ascend the little room where they find themselves trapped.

Oscar Albert
Creator
London, UK
Oscar Albert is a Filmmaker in living and working in London. He got his BA in Classical Studies at Bristol University in which a love of stories and myths reignited his passion for film. After working in documentary films and television he started an MA in Filmmaking at the London Film School. Oscar has written and directed several short films that have been screened around the world in festivals including The London Short Films Festival. He was also a PYD Young Directors finalist. more...