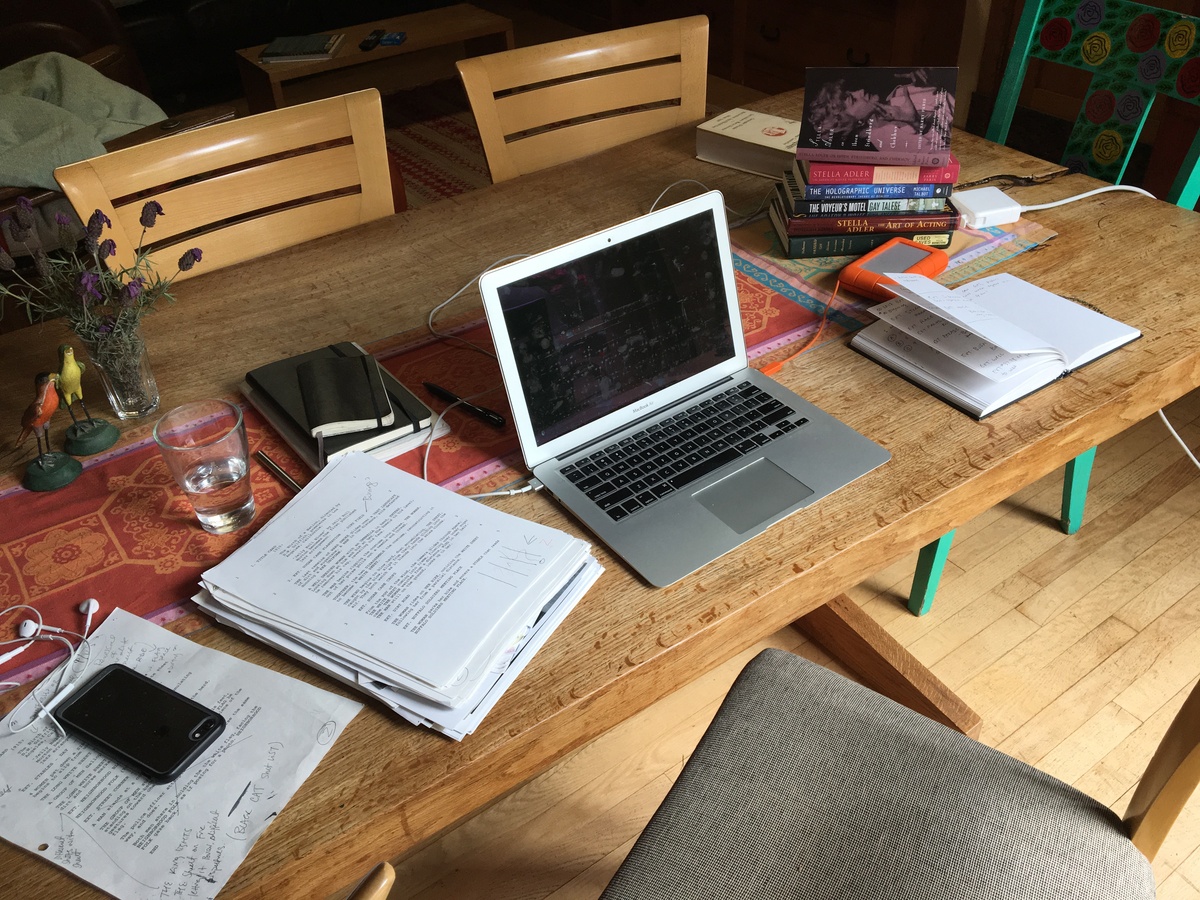 Learn the core elements of writing a screenplay for a feature film, with an accomplished screenwriter as your guide. In this live, online course, you will develop a new script idea into an outline that can be used to write your first draft. The eight weeks will cover character development, theme, story arcs and visual storytelling. Sessions include presentation, discussion, and interactive exercises. The course concludes with a one-on-one mentoring session focused on your project.

Instructor
Christina Lazaridi is an Academy Award nominated screenwriter and an expert in dynamic story design and audience response. Projects she has authored, or actively developed, have won awards at Cannes and Berlin Film Festivals, Oberhousen, Serajevo Film Festival, Sundance, SXSW and the Ariels (Mexican Oscars), among many others. She currently serves as an Assistant Professor of Practice at Columbia University’s Graduate Film Division. She formerly served as Associate Director and Full-Time Lecturer at Princeton University’s Creative Writing Program where she built the program’s screenwriting track and conducted pioneer research with Princeton’s Neuroscience Institute. more...
Sushma Khadepaun

Advisor
New York, NY, USA
Born and raised in India, Sushma is a writer/director based in New York City. She ran her own production company for several years, making commissioned documentaries and commercials before switching to narrative fiction. more...
Richard

Advisor
Los Angeles, CA, USA
Richard came to light as a screenwriter after winning a Nicholl Fellowship from the Academy of Motion Picture Arts & Sciences. His first pitch sold to Paramount and Cruise/Wagner Productions for Nicole Kidman to star. He has since written for, among others, Warner Brothers Pictures, Walt Disney Animation Studios, Lifetime Productions, Bunin/Murray Productions, CBS Television Studios, Robert Greenwald Productions and Sierra Club Productions. Richard remains active within Nicholl Fellowships and is a frequent reader for the competition. more...
Randy McKinnon

Advisor
Randy served as writer-producer on the WAR OF THE WORLDS TV series for Apple +, and was a writer for CHAMBERS – a Netflix original series starring Uma Thurman and Tony Goldwyn. He's currently developing a super-hero feature for Sony and Pascal Pictures and recently sold his original sci-fi spec, EXTRA, to Annapurna. Randy won a bidding auction to adapt NOTES FROM A YOUNG BLACK CHEF with A24 and Lakeith Stanfield starring, he is in pre-production for FEATHER at Sony and Escape Artists with Ashton Sanders starring, and is adapting THE OPPOSITE OF ALWAYS for Temple Hill and Paramount. This is right on the heels of writing SAFETY, which recently wrapped for Walt Disney Studios and Select Films. more...
Tags:FictionFeaturesGenre Writing