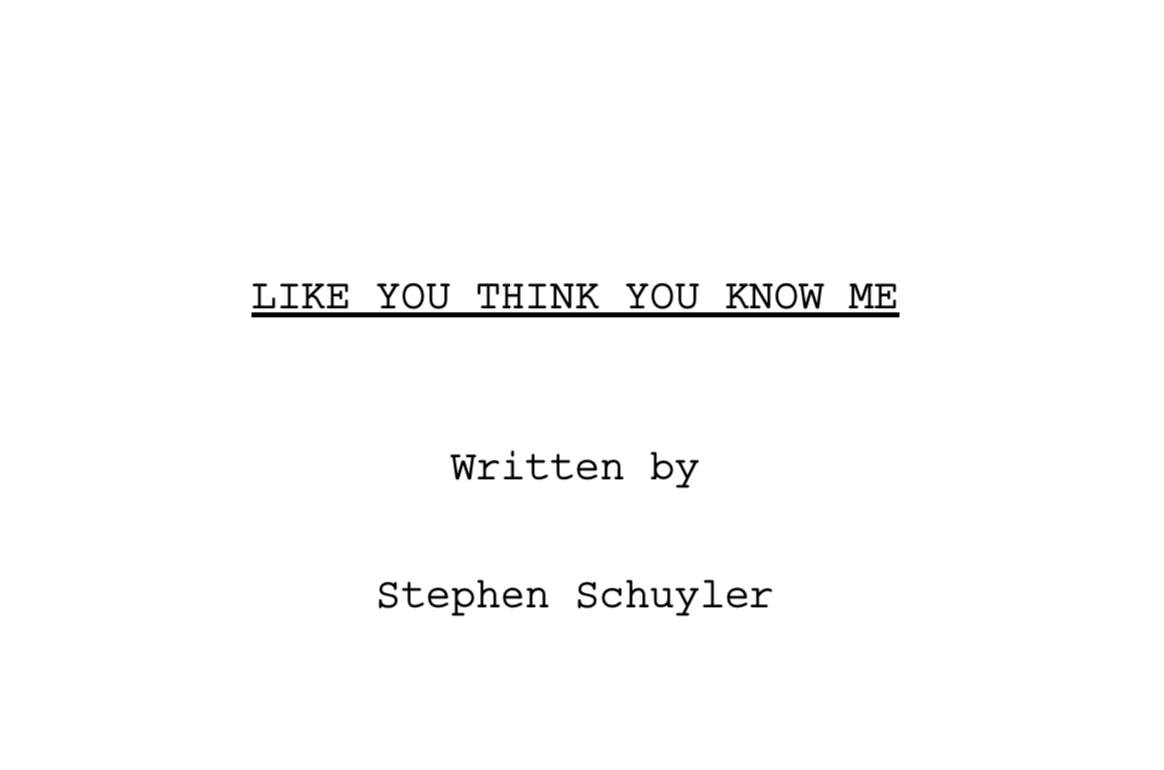 There's a lot that I could say about this piece, about growing up in Baltimore city and the influence that time has had on my fiction. But I'm more interested in hearing everyone's first impressions. What's working? What's not? The feedback I received on the last short script that I posted here was so wonderful and detailed that I don't want to guide your read too much.

As far as production is concerned, this will (with another revision or two) begin the hunt for fundraising and grants in the coming weeks. Hopefully, going into production around late Spring/early Summer of 2020. I am a bit concerned about the length. So any repetitive beats, slow moments, or general lags in story would be very much appreciated.

There I go asking for specifics when I just said I wouldn't do that.

Thanks in advance for all your help!

SS
Stephen Schuyler
Creator
Baltimore, MD, USA
Stephen Schuyler grew up in Baltimore City. In 2020, he won the Short Script category of the Austin Film Festival Screenwriting Competition. He was also named as a 2020 Saul Zaentz Innovation Fund fellow through Johns Hopkins and was awarded a production grant as part of the fellowship. His short films have received grants from the Hollywood Foreign Press Association, Panavision, and the National Hispanic Foundation for the Arts, among others. His films have screened at the Baltimore Museum of Art (BMA), Austin Film Festival, and Sarasota Film Festival as well as other festivals and venues.
Tags:ShortsDrama

Portal to Hell: A Delusion of a Disordered Mind. A Phantom, A Spirit, A Ghost.