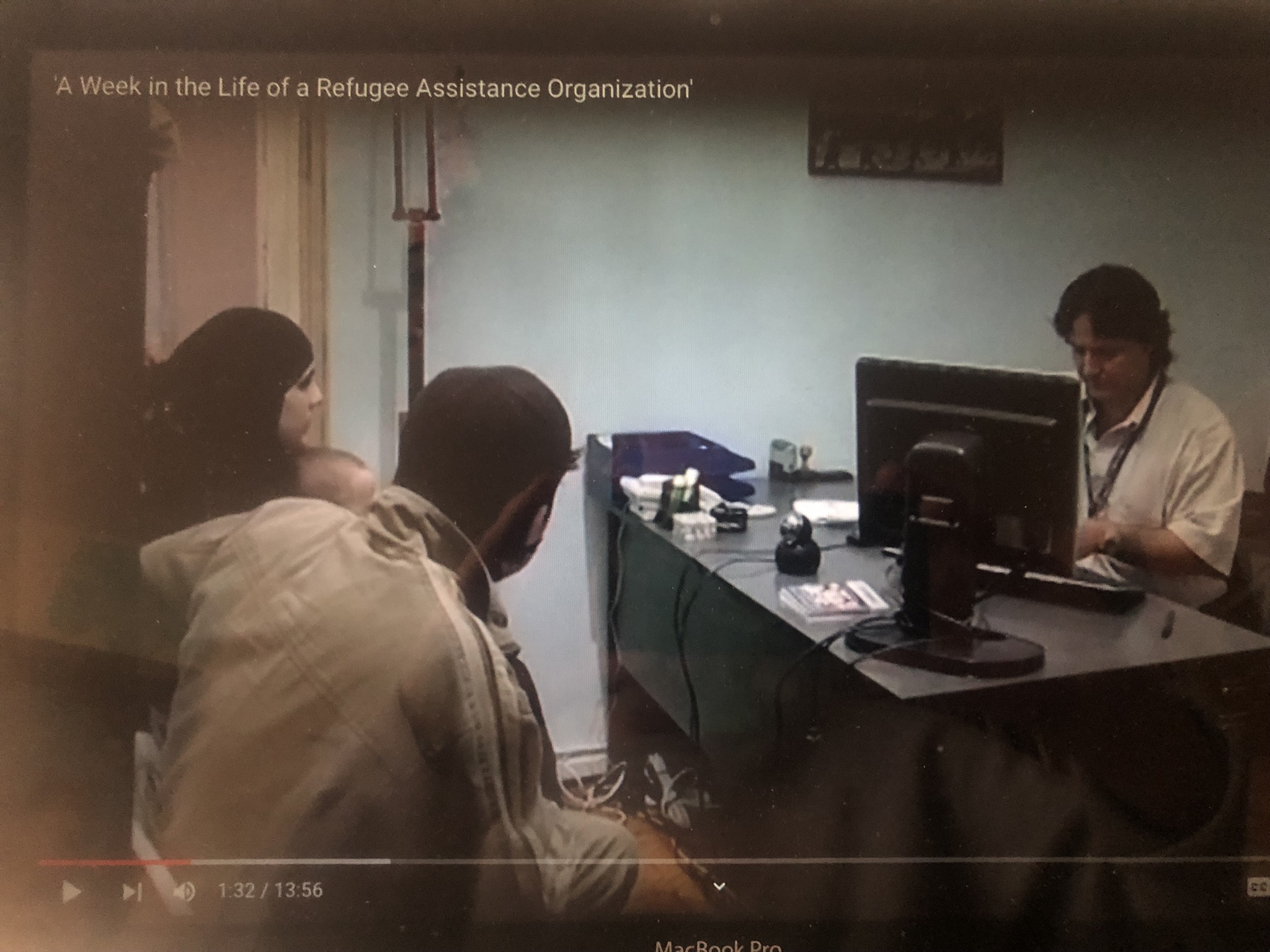 To give the general viewer an understanding of what an assistance programme for refugees and other displaced peoples is like.

This film aims to give a good representation of what a fairly typical operation to support peoples displaced by violent conflicts would be like anywhere in the world. It consists of ten ‘vignettes’, or profiles of the individual projects of the UN Refugee Agency in Azerbaijan at the time of filming, which, when put together, give the viewer a complete picture of what the film hopes to communicate,

In the full version of the film, the action starts early on Monday morning and continues through to Friday afternoon. We get to to see one project will be presented in the morning, and one in the afternoon.

In the final version of the voice over, it is planned that the nationalities and ethnicity of the project beneficiaries, as well as location and date of filming will be deliberately not given in order to try and give the film a universal and timeless feel.

Each individual vignette makes clear what is the overall objective of the project, what it’s individual activities are, and who are it’s beneficiaries. This is done in a different way each time, taking into account the particularities of each project.

The approach taken by the film is of narration backed by appropriate shots with natural sound from each shoot location that, interviews with relevant personnel, and one piece that is partially observational.

The second half of the film follows the same pattern as this extract and covers the following projects:

I welcome any feedback on any aspect of the film that can help make the film better. However, when doing so, please take into consideration the following:

• This was my first film, and this version of the film was made over ten years ago pretty much without any kind of outside support or mentoring.
• When I see it now, I would have more information conveyed through interview and observation than by voice over.
• For the final version, I plan to make changes to the voice over to make it not time and location specific, and not stating the national identities of the refugees.
• In the final version of the film I intend to do a more 'upbeat' and compelling sounding voice over.
• The feel of the film as it is at present is more like a ‘jigsaw puzzle’, the individual pieces of which, when put together, give the viewer a complete picture of what the film hopes to communicate, than a story with a main protagonist’s journey, separate acts, and a central conflict.
• Do you think there is any way the film could be reworked to include the following eight classical story telling elements?:

Symon Lord
Creator
I am a developing documentary filmmaker from York in the UK. I have had a fairly varied career up until now, but I knew that I always wanted to make documentaries. To date, much of my professional experience has been in teaching/training, and on developmental and humanitarian assistance projects in some capacity. Much of this work experience has been in the countries of the former Soviet Union, due to the fact that I am a Russian speaker, and my academic background is mainly in Russian and Post-Soviet Studies. I finished my first doc ‘A Week in the Life of a Humanitarian Assistance Organization’ in 2010, which explains to the general audience the work of the UN Refugee Agency, for whom I had been working prior to making the film. As Summer 2022, I am in the process of re-working this film into an improved, shorter version. Between 2009 and 2014 I did a lot of work on a character-driven feature documentary I had conceived about labour migration from Central Asia to Russian. The footage completedworked well, but for various reasons the film was not finished. Since 2019, I have been working hard to expand my documentary making skills, and am now working on a pitch for a feature-length documentary about the journey of a refugee family from Ukraine. Obviously, I would like to find a backer for this project, and to successfully finish it. Beyond this project, I have quite a few ideas for further docs that I hope to realize...
Tags:Shorts