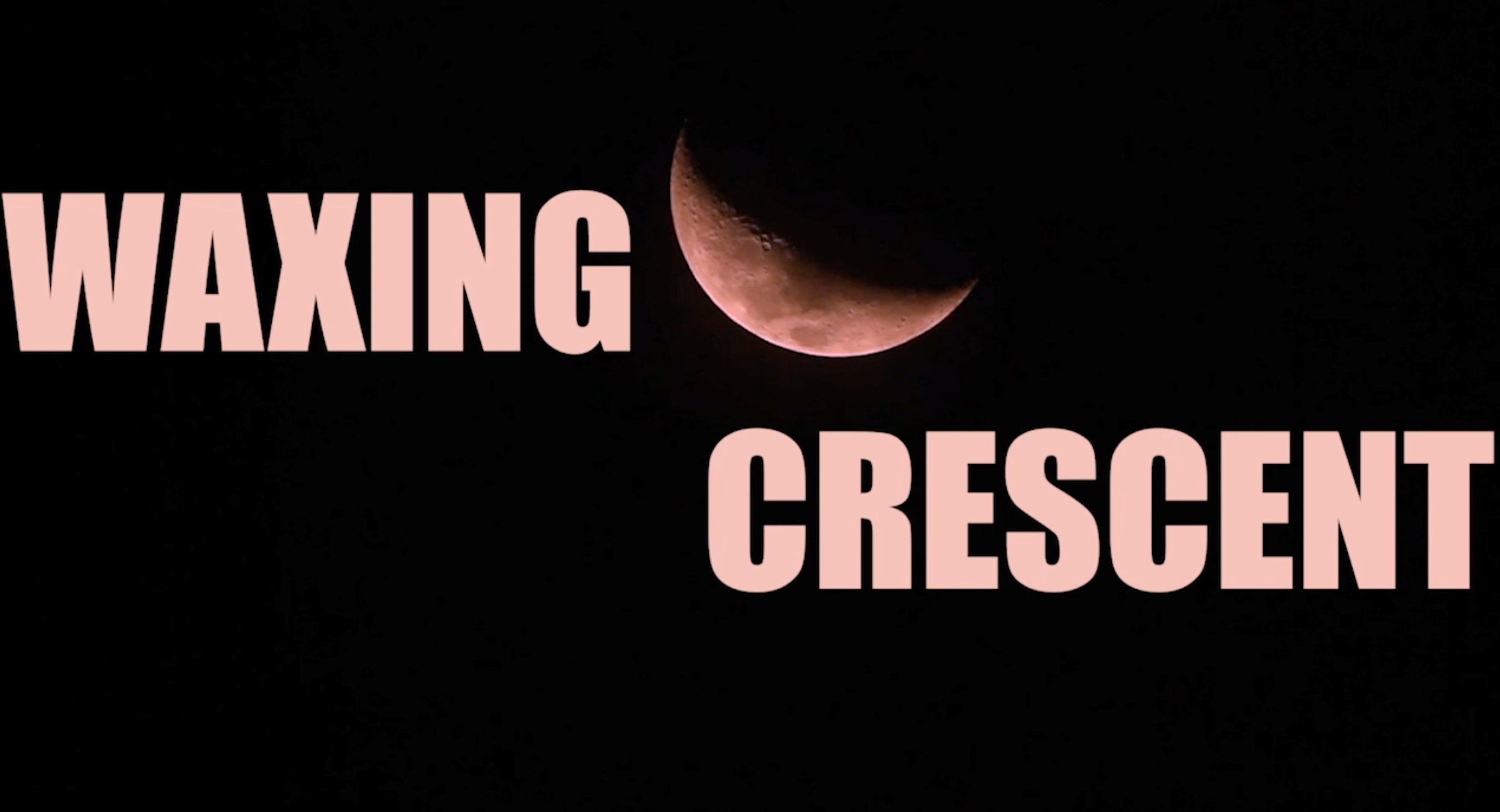 I recently published my children’s book: Like The Sun Holds The Moon: A Children’s Book. The story that is at the heart of my children’s book is an origin story that has been holding me together for years and has helped me make sense of a divorce that really splintered my family. This year during the pandemic I finished final edits with my editor on my novel: Like The Sun Holds The Moon: A Novel: A unique story that tackles the issues of divorce and chronic illness, written during a very pivotal time of my life.

A short film that would feature the first chapter of my novel and act as a stand-alone-piece where: a Ava Luna comforts her younger brother, Ray, with a story about how their parents met and why they cannot stay together. WAXING CRESCENT is a slice of the Like The Sun Holds The Moon universe where key characters and their relationships are introduced, with the goal being to create the whole feature film: featuring actors and an animated scene that depicts Ava Luna’s origin story.

Ava Luna is our protagonist, 18 years old, airy and passive, a sucker for romance who usually has her head in the clouds. She is a college freshman who resembles her mother with long dark wavy hair, brown eyes and fair skin. She has a preoccupation with space, her ex-boyfriend, her divorced parents and her mother’s upcoming surgery. She copes with all of it by contra dancing and daydreaming while working as a waitress at a nearby restaurant in her hometown. For those who don’t know, contra dancing is a type of folk dance similar to swing dancing and ballroom dancing.

Ray is Ava Luna’s younger brother, 16 years old, fiery, volatile and impulsive yet deeply sensitive with dirty blonde hair who resembles his father. He never seems to get enough sleep and for that is always tired, irritable and feisty. He copes with all of it by taking long aimless drives away from it all.

Synopsis:
We open with the sun which is almost tucked in tight behind the clouds. The stars are beginning to prick through. The sky glows purple as the sun’s warm pinks mix with the waxing crescent moon’s cold blues. Ava Luna and Ray are sitting on the trunk of Ray’s beloved yet rusted-out junker of a car eating water ice on the first day of spring. It is the first time in 3 months since they last saw each other since Ava lives with mom and Ray lives with dad. (with dialogue and authenticity similar to: All Families are Psychotic by Douglas Coupland and No One Belongs Here More Than You by Miranda July). Ray confesses his secret wish that his parents were still together and Ava Luna promptly steps in to comfort her brother.
We fall into Ava Luna’s daydream, an animated illustration of the story she tells for how their parents met and why they cannot stay together, drawing from the illustrations from my children’s book, very reminiscent of: The origins of love by Hedwig and the and the angry inch (with lush vibrant colors and hints of magical realism). She compares their mother to the moon and their father to the sun: two independent forces that must remain on their own separate orbits, yet still come together for short periods of time and exist in harmony. Her story weaves in how her parents met at a contra dance many years ago.
Back in reality, Ray is temporarily comforted but strikes back quickly with anger at a careless spill that Ava Luna makes on Ray’s clothes from the water ice they were eating. They drive off in haste, in a puff of exhaust and Ray’s anger.
I hope you will consider: my short film. It’s time to make: WAXING CRESCENT.

Joy Waldinger
Creator
Philadelphia, PA, USA
I am a writer, artist, and educator from Philadelphia. I am an art teacher in the Philadelphia public school system, and I have worked for The Mural Arts Program, The Philadelphia Museum of Art, The Wagner Free Institute of Science, WHYY, etc. My work explores a variety of topics: family dynamics, the human condition, nostalgia, connection to nature, and responsibility to the planet to ensure generations to come while restoring connections in fractured communities. I believe that art, in any of its forms, is a powerful tool that can generate change on a personal, local and global level. more...