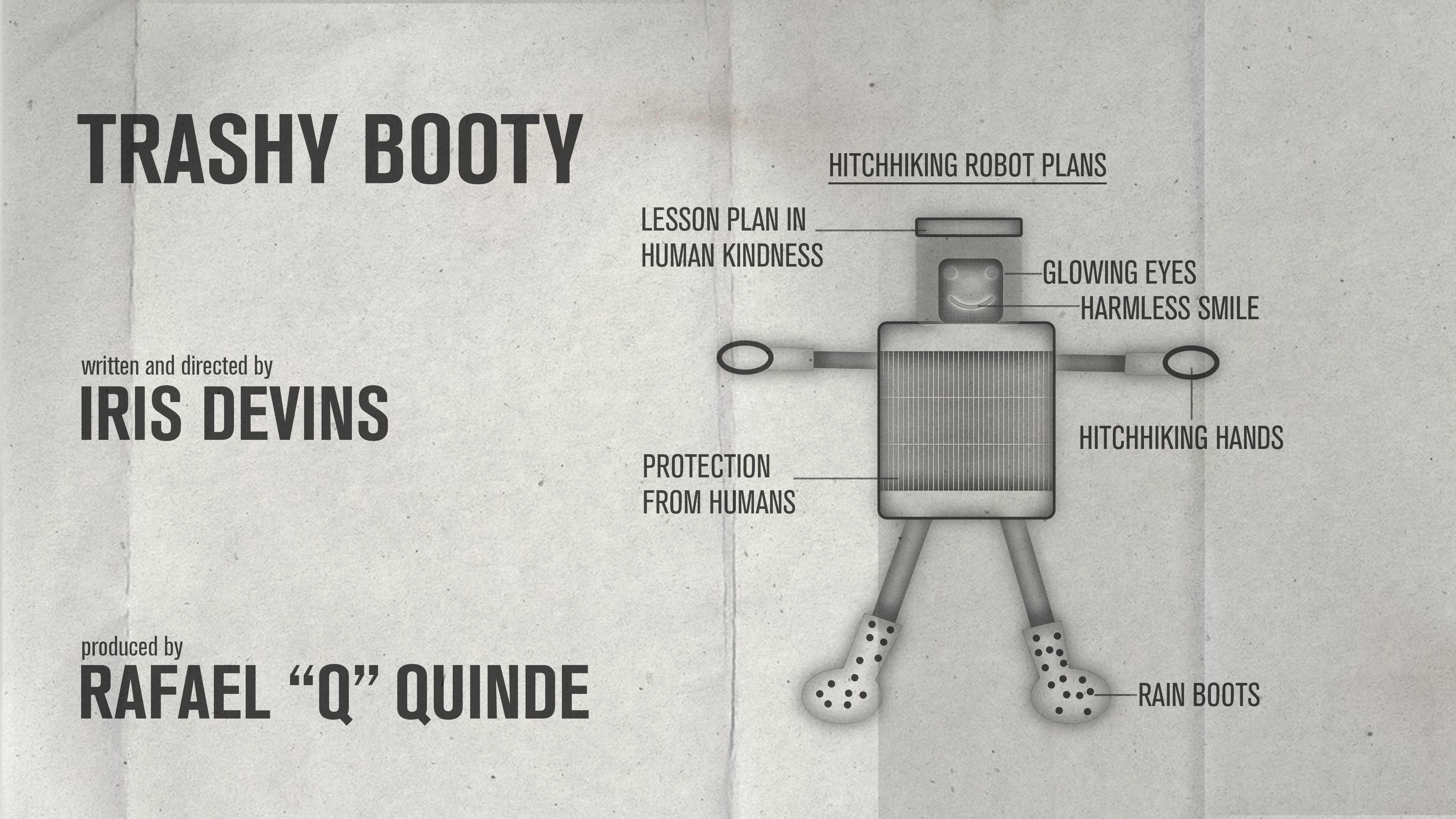 Two dumpster diving trans women find a hitchhiking robot in the outskirts of Philadelphia, and they join the robot in a lesson of human kindness, until the strength of their friendship is tested by an unkind world.

TRASHY BOOTY portrays a friendship between two trans women in their 20s. A hitchhiking robot reveals hidden tension in their friendship, while the two struggle to navigate life. Friendships between trans people are rarely shown on screen, and TRASHY BOOTY seeks to increase positive representation for trans women through dark comedy.

TRASHY BOOTY will be written and directed by Iris Devins. The film will be produced by Rafael “Q” Quinde.

ID
Iris Devins
Creator
Philadelphia, PA, USA
Iris Devins is a writer, director, and producer. The Sundance Institute selected her to participate in the Screenwriters Intensive, and she was a 2017 Sundance Knight Fellow. She received funding from the Leeway Foundation Art and Change Grant to complete post-production on her narrative short, After the Date. The film portrays a romance between a trans woman and a straight man. After the Date premiered at Frameline in 2017, and later screened at festivals such as Hollyshorts, Athens International Film + Video Festival, Mammoth Film Festival, and Portland Film Festival. She recently received funding from the Leeway Foundation Art and Change Grant for her upcoming short, Trashy Booty. The film is a dark comedy about two dumpster diving trans women who find a hitchhiking robot in the outskirts of Philadelphia. She is currently developing her first narrative feature, Angie Star. She completed her MFA in Film and Media Arts at Temple University. She works as a freelance filmmaker and film instructor. more...
Tags:Shorts