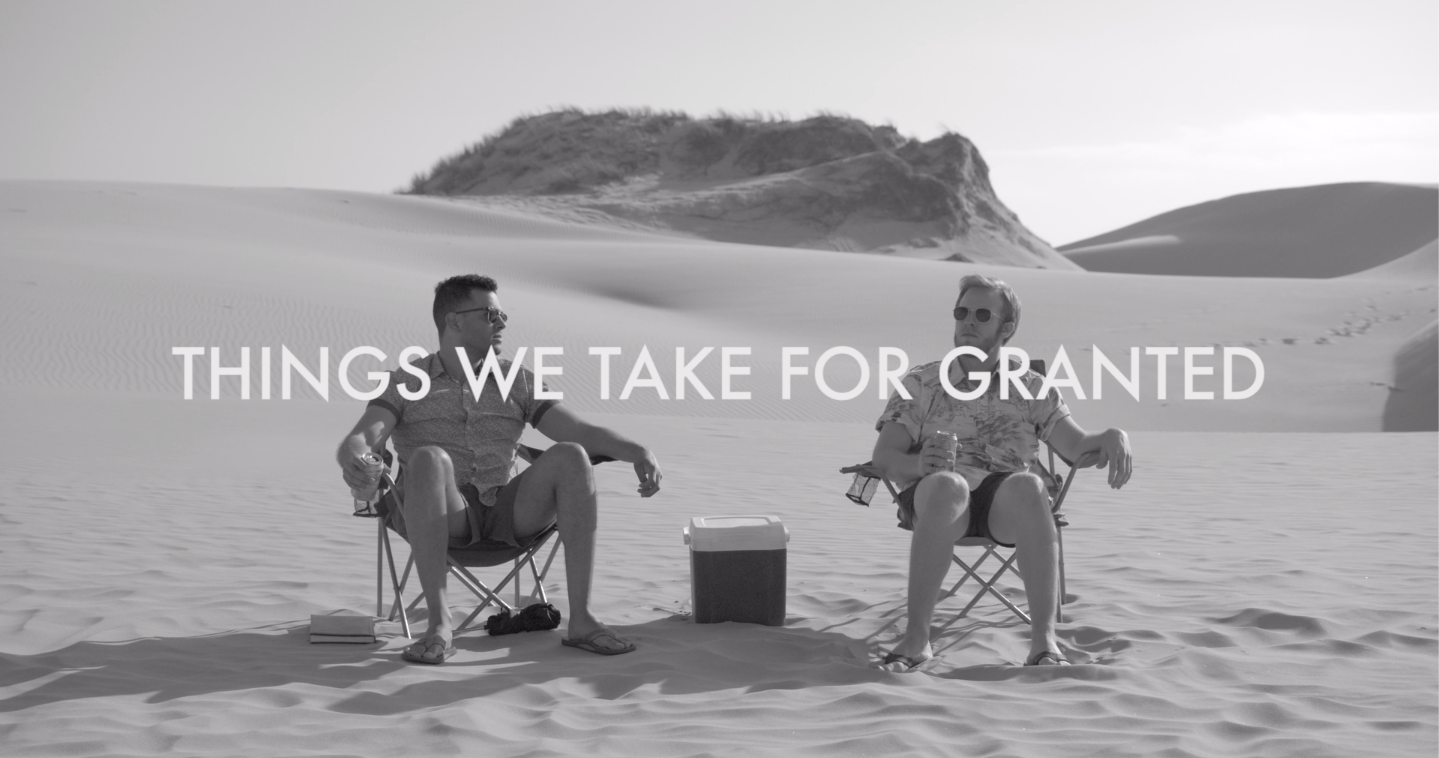 A social satire set in a future our real world is heading toward, THINGS WE TAKE FOR GRANTED follows a discussion between two friends who disagree about whether the place they are is a beach or not.

Jaie Peshawaria
Creator
Chino Hills, CA, USA
My name is Jaie and I'm a 24 year-old South Asian filmmaker from Chino Hills, CA, a suburb an hour outside of Los Angeles. Growing up, my brown identity was one of my biggest conflicts. But I always found an understanding, empathy, and a sense of belonging in storytelling. From the stories my late grandfather would tell me about what it means to be brown to what I saw on screen, I could simultaneously look outwardly and inwardly as I deeply connected with the perspectives and worlds I was brought into. Both sets of my grandparents were double-migrants from India to the U.K. they first left the country to the suburbs of Kenya & Uganda because of a growing number social and civil conflicts in the 1930's and 1940's. His parents were born in East Africa before each eventually moving into suburbs outside of London for better economic opportunities. Since I was born in the U.S, it means my immediate background spans 4 continents. I studied Political Science during my undergrad time at UCLA. I wasn't a film student, but worked hard to break into the industry and learn more about filmmaking and story, including through development & production internships at the Producers Guild (PGA), STARZ, Focus Features, and NBCUniversal (USA & SYFY). The backbone of my storytelling and voice comes from his South Asian-American identity. I'm drawn to telling stories that inspire, inform, and entertain. I'm drawn to developing and refining my voice not only so I can best share my perspective with the world and help can uplift communities, but also so I can better find himself. more...