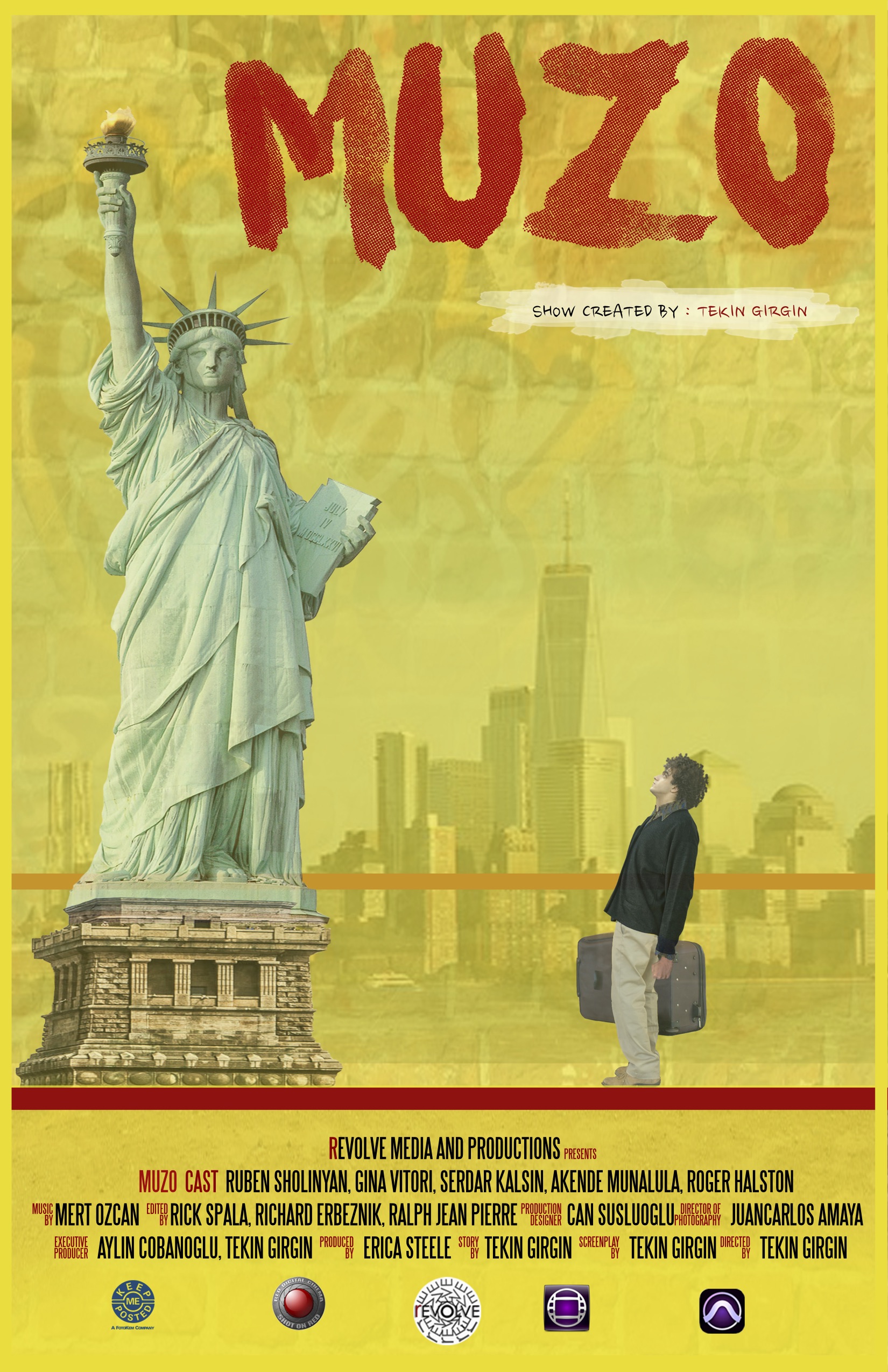 Muzo is an immigrant from a Middle East country. He moves to New York City to live with his cousin Yadam, who he hasn't seen since birth. Yadam was born in the Middle East, but at a young age, moved to New York City with his alder brother. He opened up a corner market and has been running it ever since while living in the apartment upstairs. The first day there, Muzo already stumbled upon some trouble. Because of his lack of English and a high miscommunication between him and the people around him. Come many comedic situations that Yadam must fix.

Tekin Girgin
Creator
Los Angeles, CA, USA
Tekin Girgin is an award-winning writer and director. He was born in a small Kurdish town Agri Turkey and studied at The Hacettepe University's Fine Arts and Graphic Design program. In 2005, he moved to the USA to continue his art education at The University at Buffalo and Erie Community College through a Visual Art Communications major. At this time, he also worked in the field of Graphic Design. In 2010, he received a scholarship to Santa Barbara's Brooks Institute Film School and thus moved to California. During his time there, he founded Revolve Media and Production. He actively directed music videos, commercials, and films. He has worked with known artists and groups such as Black Keys, Switchfoot, and Ske Lo. His 2012 film "Your Place or Mime" won the best director and best screenplay at the Santa Barbara International Film Festival. In 2013His the first feature film, "Troy The Odyssey," was shot in Thailand and produced by The Asylum Film Studios. His movies are currently on Netflix, I-Tunes, and Amazon. 2019 He is the creator and writer and director of "MUZO" Sitcom Pilot for Netflix. He is an artist and filmmaker. Art has always been a significant aspect of his life. He believes his art background helps him tell stories better visually. It is the great distances he has traveled and the experiences along the way that have shaped his life and bring a unique physical and mental perspective to make him a stronger producer and director. He has learned to work very fast and with precision. He is also a team player and has been working with the same crew for the past seven years. He knows how to lead his crew, and he treats them with respect. He is focused and energetic, and it is all because he loves what he does, and he does it with his heart. He is ready to tell more stories uniquely and excited for what the future has in store for him. more...