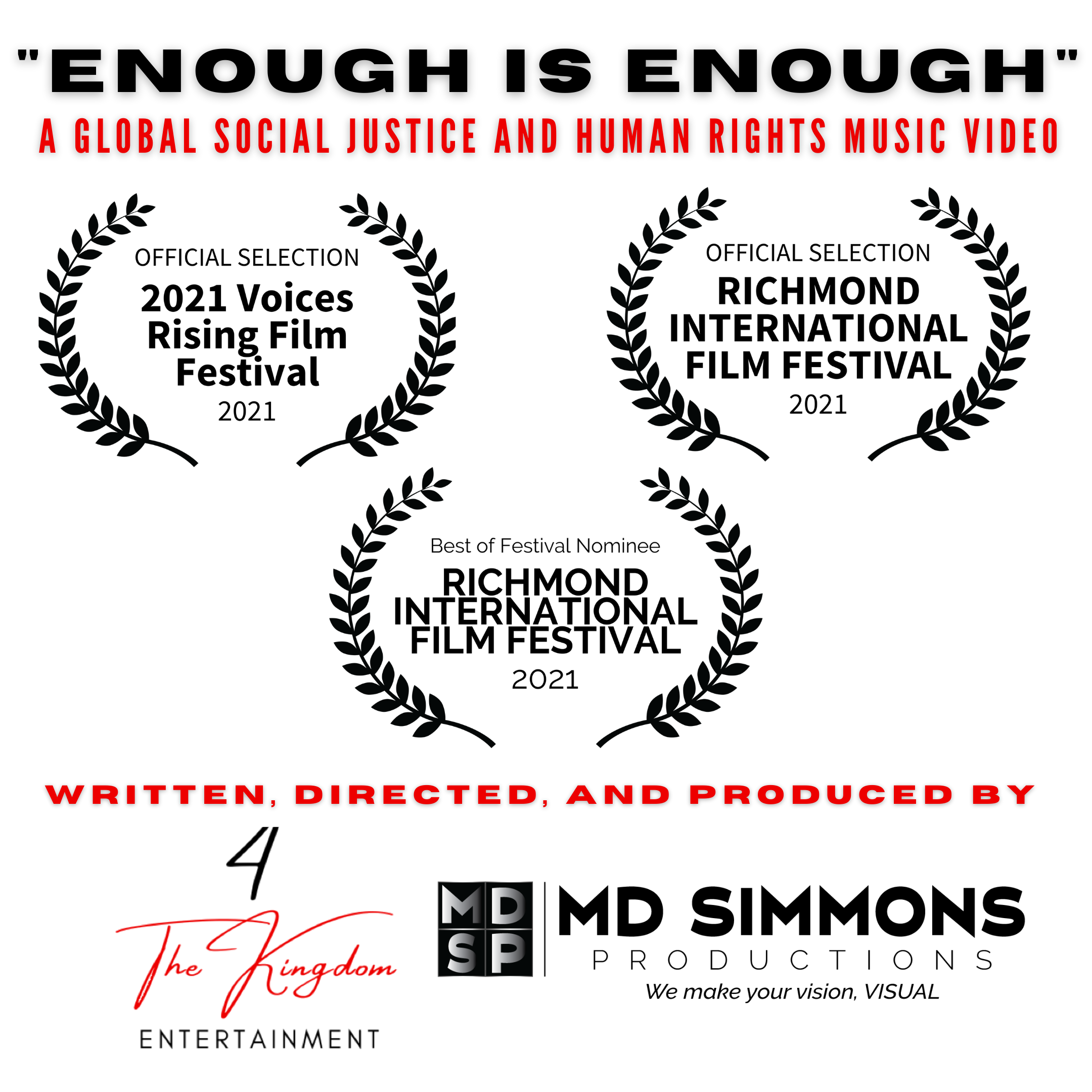 After the deaths of Ahmaud Arbery, Breonna Taylor, and George Floyd, 4 The Kingdom Entertainment Executive Producer and Songwriter Monique C. Baisden was tired of seeing and hearing about African-Americans and people of color being targeted and killed simply because the color of their skin deemed them to be a threat. As more people in the United States and all around the world started protesting against police brutality and speaking out in the media and on social media platforms against the injustices experienced by African-Americans and people of color, Monique discerned an universal fatigue from African-Americans, people of color, and other persons around the world who were tired of seeing the same types of cases of senseless killings and police brutality happen over and over again to another person of color.

“Enough Is Enough” is a global social justice and human rights anthem, video of advocacy and awareness, and a collaborative, creative work of art that was birthed from the previously mentioned expressions of fatigue, but also from a genuine desire for people around the world to see African-Americans and people of color as human beings. Collectively, we are tired, and the overall message of this anthem is simple: “Where is the justice for us? There has been no justice for us. There will be justice for us. Enough is enough.”

The advocacy music video includes featured appearances from distinguished actors and actresses, singers and recording artists, entrepreneurs, activists, change agents, and creatives from all over the world who virtually recorded themselves singing or lip syncing the song on their cell phones or other electronic devices, or sent in pictures of themselves holding up signs with hashtags that correlate with the message of this song to stand in solidarity against systemic racism and the oppression of African-Americans and people of color.