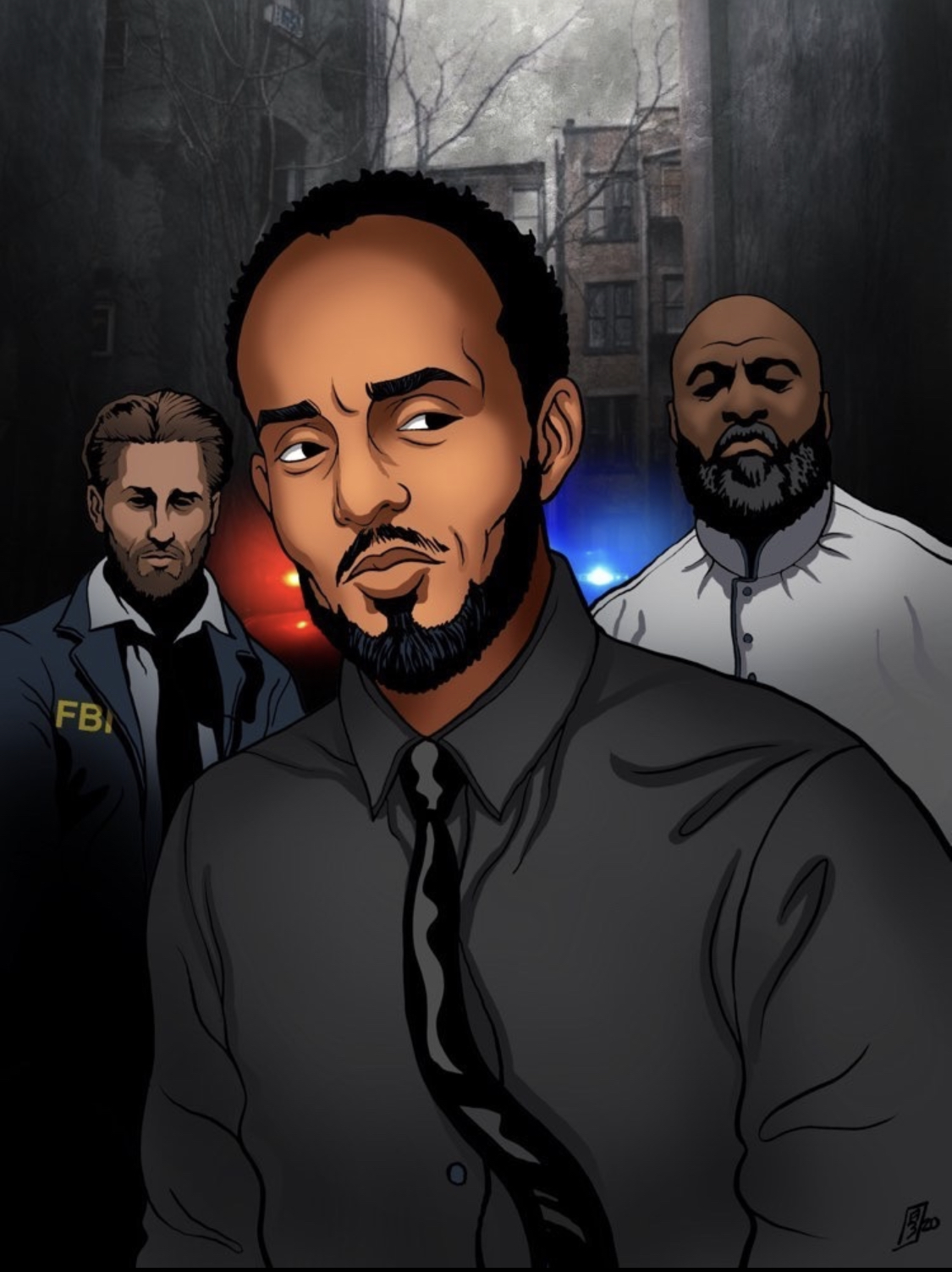 Somewhere in AFRICA, we see children joyfully playing with one another, and then shots come from a vehicle driving through the village. A gang of men jump out of the vehicle, start killing grown-ups and snatching young boys up and throw them in the vehicle.
Young YASIR (10) is caught by soon-to-be AL SHABAB leader MAHMOUD (20). Yasir grabs a sharp rock and hits Mahmoud in his eye; as he gets loose, Yasir's neck is cut by the knife in Mahmoud's hand. He flees away from the chaos.

He quickly runs out into the middle of the road, stopping a rescue vehicle that takes him to a refugee camp for a kid without parents. He ends up meeting JAMES (20) and his wife MELISSA (20).
The three become so close TEN YEARS LATER, Yasir moves to AMERICA first becomes roommates with infamous hacker SCOTT (20), and then FIVE YEARS LATER, he moves next door to James and Melissa, who now are married.

Yasir becomes a journalist and then five years later writes a memoir that catches the attention of good and bad people from his country. Yasir does an international television interview with Melissa talking about the truth of his religion and Mahmoud and his followers leading him to kidnap Melissa and eventually blow her brains out on a live broadcast putting fear in many people.

After James disowns Yasir, he seeks revenge on the man who has made his life a living nightmare. Calling his old roommate Scott to help him seek revenge on his longtime enemy and his followers, he calls Jihadis.
The deeper Scott and Yasir dig, the bigger the hole of corrupt politics comes out.

He has to be careful when he's taken in to speak to the FBI and LAW ENFORCEMENT. After being interrogated by the FBI AGENT WARREN and OFFICER ASTLE, Yasir goes live to speak about the incident that occurred a day prior. Mahmoud shows how fearful he is when he continues to run every chance he gets. Yasir sends Scott away and calls some associates that came to America to start new lives.

Once they all meet at DuVin Pintor, one of the guys pulls out confidential information on all the criminals involved with insurrection and conspiracy to change America from being the land of opportunity to a completely fearful and unjust country. Yasir gives Scott photos to investigate, finding the rabbit hole goes deeper than what the human eye can see.

After being shot at, having his life threatened by the law, he seeks help from an EX-FBI AGENT, CHINA BAILEY (30), who still living five years after being framed by her own colleagues. China gives him inside information on how to survive dealing with corrupt politicians and law enforcement. As he meets with China, she tells her story and what it took to earn respect and still be alive.

After an hour, GUNSHOTS ring out through the restaurant. All the corrupt officers, agents, and politicians meet in a private location where Officer Astle kills himself, and the rest are arrested. All except Mahmoud, who got away before law enforcement comes. Later that evening, Yasir calls Scott about the news and him being called a whistleblower.

The final scene Mahmoud sits in his home reminiscing his past seeing his parent be murdered in cold blood and kidnapped by AL SHABAB as he smokes his hookah FBI comes in and arrest Mahmoud. The film ends with Mahmoud laughing and doing unlimited push-ups planning his escape.

MA
Musa aden
Creator
My name is Musa Aden i am an actor, Script writer, husband, and father of three children. He is from Mogadishu, the capital city of Somalia, East Africa. more...