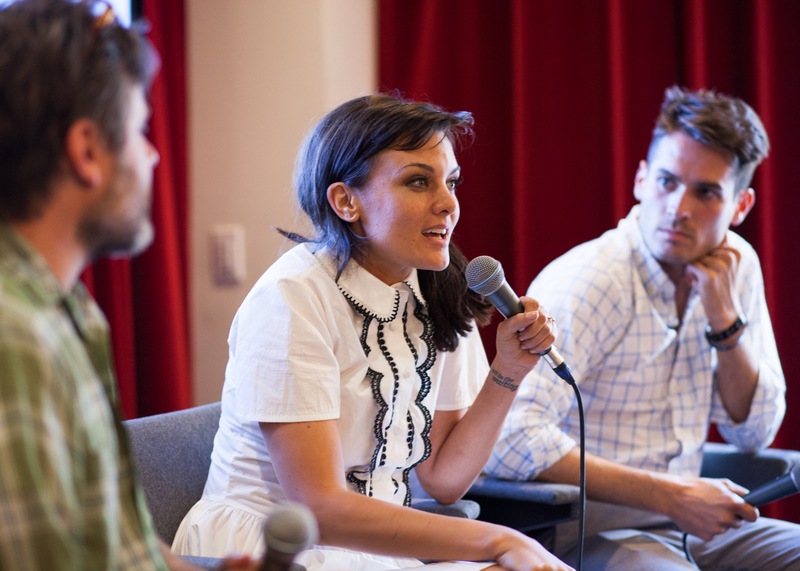 If you have a project you love, getting it made requires knowing what you need​ and a strategy for how to get it. ​​E​xpe​rts​​ ​will ​discuss the elements of an effective pitch​ ​and putting together unforgettable materials. They will share their successes and failures and ​the valuable lessons learned along the way.

Producer, Fruitvale Station
With over 18 years of experience in the motion picture industry, Nina Yang Bongiovi has produced a number of critically acclaimed films, including FRUITVALE STATION, DOPE, SONGS MY BROTHER TAUGHT ME, ROXANNE ROXANNE and SORRY TO BOTHER YOU with her producing partner, Forest Whitaker, under their banner Significant Productions. more...
Jim Cummings

Producer, Life Animated
Julie Goldman founded Motto Pictures in 2009. She is an Oscar-nominated and Emmy Award-winning producer and executive producer of documentary feature films and series. She produced Steve James’ Abacus: Small Enough to Jail, which was nominated for the 2018 Best Documentary Feature Academy Award, and The Final Year, which premiered at the Toronto International Film Festival, was released by Magnolia Pictures and broadcast on HBO. She also produced Life, Animated and executive produced Weiner, both of which premiered at the Sundance Film Festival. more...
Jordana Mollick

Documentary Filmmaker, Gideon’s Army
Dawn Porter is a documentary filmmaker whose first feature, GIDEON'S ARMY, won the Sundance Film Festival Editing Award in 2013 and later broadcast on HBO. The film was nominated for an Independent Spirit Award and an Emmy, and received numerous awards including the Nation Institute’s Ridenhour prize for best documentary film. Dawn’s other films have appeared on PBS, OWN, Fusion, The New York Times, Amazon and the Discovery Channel. more...