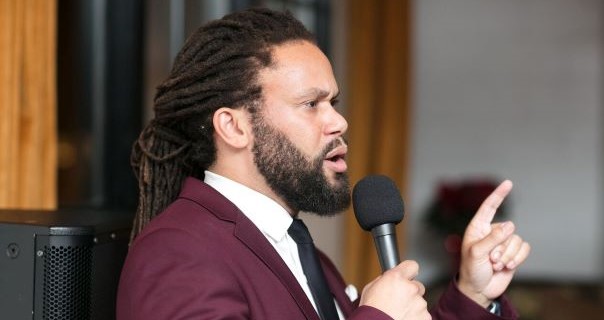 These are turbulent times, but there are still many ways to get your stories out into the world. Franklin Leonard, CEO & Founder of The Black List, returns to Sundance Co//ab to share his advice on what to do with your next screenplay. We'll get his perspective on current events, hear about his journey as a Hollywood production executive, and learn why he became a champion for storytelling. We’ll explore the opportunities available when you've completed a script, discuss what executives consider in reviewing a project and reveal some common mistakes to avoid. In the process, Franklin will divulge what he’s found to be true about successful screenwriting and gives us an insider’s tour of The Black List.

Get caught up - Check out Franklin Leonard's last conversation with Co//ab: The Art of Feedback: Giving and Receiving Notes

Advisor
Franklin Leonard is a film producer, cultural commentator, professor, and entrepreneur. He is the founder and CEO of the Black List, the company that celebrates and supports great screenwriting and the writers who do it via film production, its annual survey of best unproduced screenplays, online marketplace, live staged script readings, screenwriter labs, and film culture publications more...