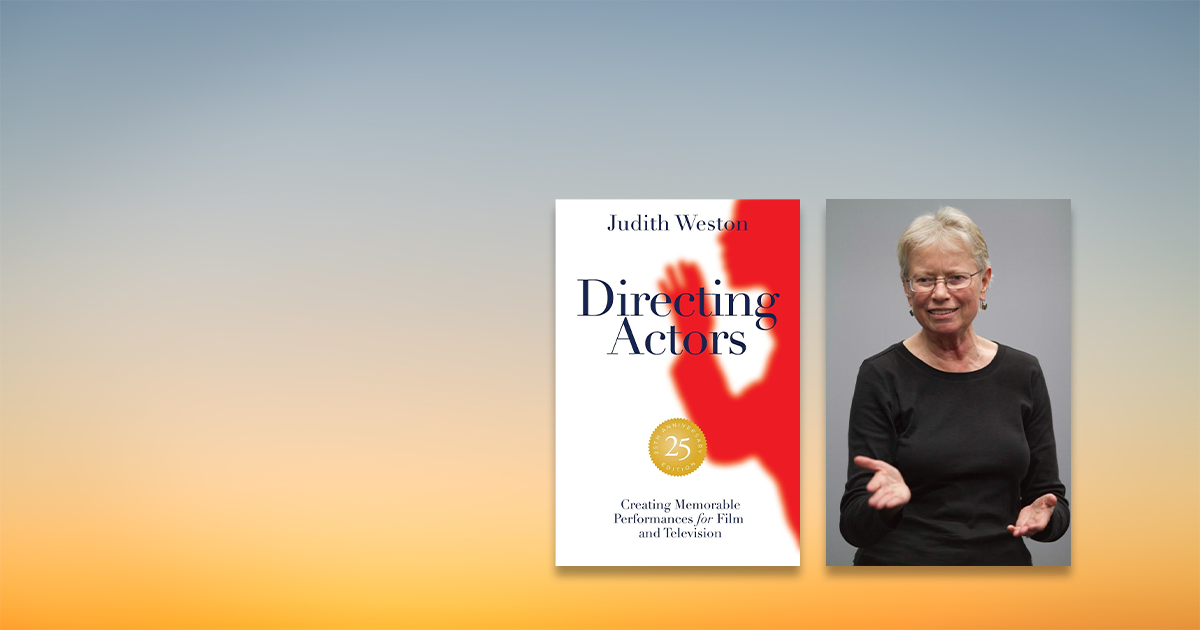 Most filmmakers know that a productive collaboration with actors will define the environment on set and the success of the project on screen. And yet, directors have many questions about gaining the actors’ trust. Join us in this live three-hour Master Class with internationally-known directing and acting coach Judith Weston, as we go deep into key strategies of building a meaningful connection with your actors, the steps to break down a scene, how to prepare for casting sessions, and the best practices for rehearsing. Judith will offer live, interactive demonstrations of her process. This event is ideal for all directors, writer-directors, and actors alike.

Topics presented will include:

Judith Weston
Judith Weston has been a sought-after coach and teacher for 35 years, to filmmakers and actors around the world. She has written two books. Her beloved classic Directing Actors, a bestseller ever since it was first published in 1996, has now been released in a 25th Anniversary Edition, expanded, revised and updated. Meanwhile, a lightly revised and updated version of the original edition is available as an Audiobook, narrated by Judith. Her second book, The Film Director's Intuition, is still a favorite for many readers. These books bring hope and focus to directors, actors, screenwriters, and other film industry professionals. They are required reading at film studios, on the sets of television series, and at most film schools. more...