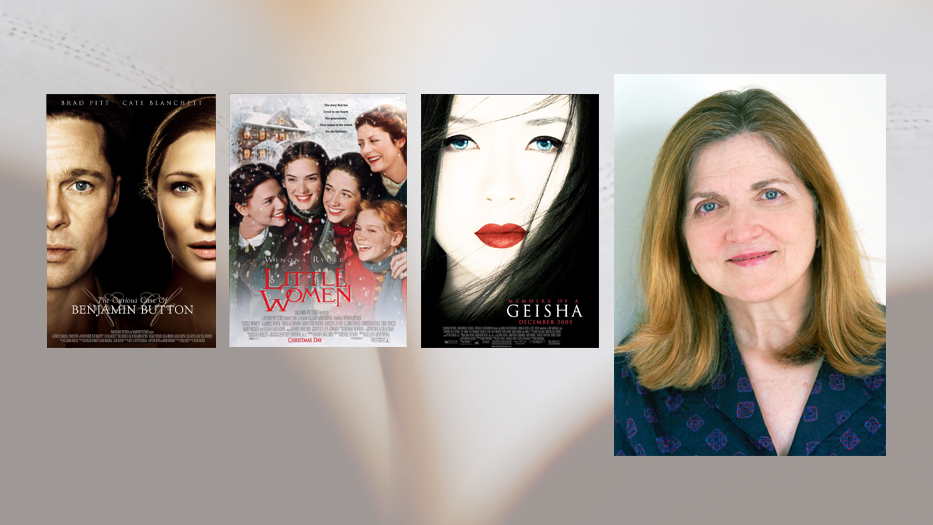 Join Oscar-nominated screenwriter Robin Swicord, whose credits include the adaptations of LITTLE WOMEN (1994), MATILDA, MEMOIRS OF A GEISHA, and THE CURIOUS CASE OF BENJAMIN BUTTON, in our first live event dedicated to adapting a screenplay from source material. In this three-hour live Master Class, Robin will share her insights into the art of dramatic writing, the process of adapting material for the screen, and defining the cinematic elements that best reflect the essence and core of the story and characters.

Instructor
Robin Swicord is primarily known for her work as a screenwriter for MEMOIRS OF A GEISHA (Satellite Award for best screenplay); LITTLE WOMEN, (co-producer, Writers Guild award nomination); MATILDA (co-written and co-produced with Nicholas Kazan); the cult comedy SHAG (shared); THE PEREZ FAMILY; and PRACTICAL MAGIC (shared, co-produced). She has written two plays that were produced off-Broadway (LAST DAYS AT THE DIXIE GIRL CAFÉ, CRIMINAL MINDS, both published by Samuel French). more...