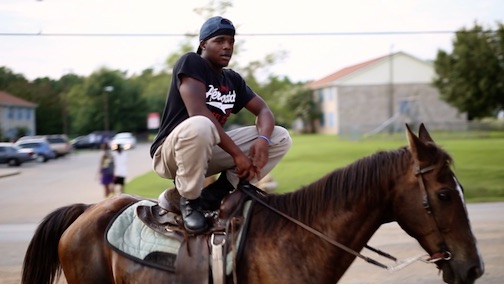 The relationship between a director and a producer is essential to the success of a film. In the case of Hale County This Morning, This Evening, director RaMell Ross and producer Joslyn Barnes pushed the form of nonfiction into an entirely new space. Join this free webinar event to learn how their collaboration led them to an Oscar-nomination. The film is described as “a kaleidoscopic and humanistic view of the Black community in Hale County, Alabama”, filmed by Ross over five years. Developed with support from Sundance’s Documentary Film Program, Hale County won the Special Jury Prize at the 2018 Sundance Film Festival.

***Discussion includes clips from Hale County This Morning, This Evening!***

Filmmaker
RaMell Ross is a filmmaker, photographer and writer. His photographs have been exhibited around the world and in the US most recently at a solo exhibition at Aperture Foundation in New York and in the landmark exhibition NEW SOUTHERN PHOTOGRAPHY at the Ogden Museum in New Orleans.
Joslyn Barnes

Filmmaker
Joslyn Barnes is a writer and producer. In 2017, Barnes was the recipient of the Sundance Institute | Amazon Studios Producer Award. In 2018, she won the Emmy Award for Exceptional Merit in Documentary Filmmaking, and in both 2018 and 2019 earned Oscar Nominations for Best Documentary Feature. more...
Tabitha Jackson

Moderator
Tabitha Jackson assumed the role of Sundance Film Festival Director in February of 2020. Serving as the Director of the Documentary Film Program at Sundance Institute since 2013, she and her team encouraged the diverse exchange of ideas by artists with a mission to champion the power of artful cinema in the culture and to support a more expansive set of makers and forms. more...