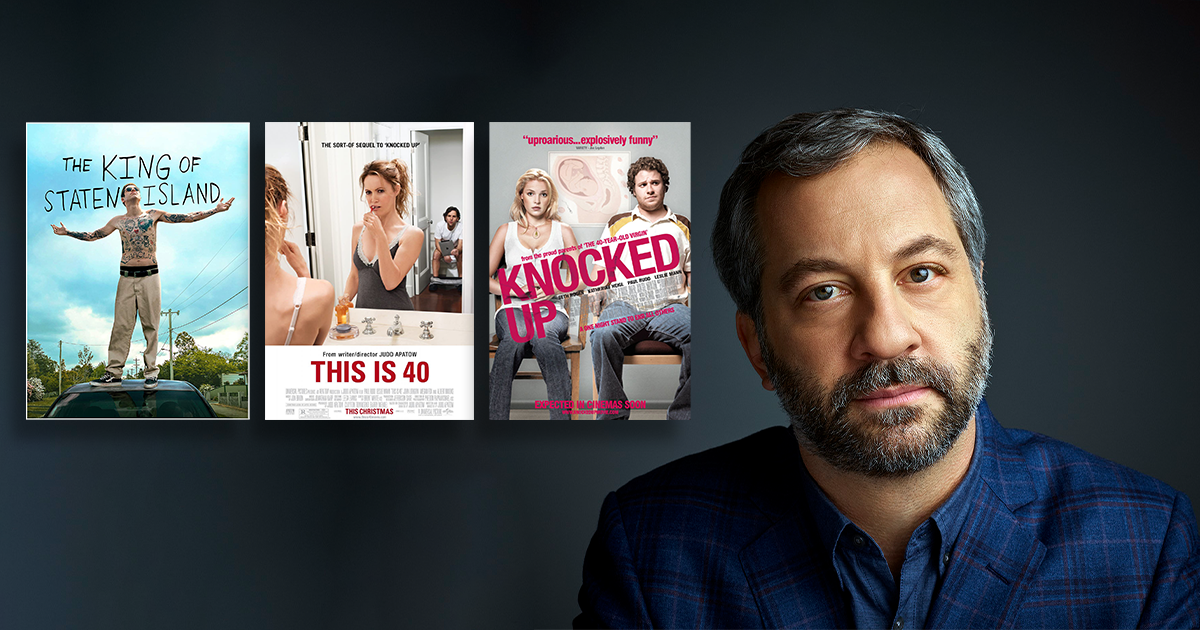 For two decades, Judd Apatow (THIS IS 40, KNOCKED UP, THE KING OF STATEN ISLAND) has mastered the art of writing, directing, and producing a string of consistent hits to become one of the most successful comedic storytellers of our time. Join us as Judd takes us behind the scenes and into his creative process. We’ll explore his approach to finding material, crafting memorable characters, and get his tips for writing funny dialogue. We’ll also examine how he works with actors and key collaborators to direct an unforgettable and humorous scene. This conversation will inspire you to find your own comedic voice and style as a filmmaker—at a time when we need comedy now more than ever.

Judd Apatow
Judd Apatow is one of the most sought-after comedic minds in the industry—having directed, produced, and written many of the biggest comedy films and hit TV shows of the last two decades. Apatow’s next feature is the Netflix comedy, THE BUBBLE, which he directed, produced, and co-wrote with Pam Brady. The star-studded cast includes Karen Gillan, Keegan-Michael Key, Maria Bakalova, Leslie Mann, Iris Apatow, Pedro Pascal, and David Duchovny. THE BUBBLE follows a group of actors and actresses stuck inside a pandemic bubble at a hotel attempting to film a movie. Apatow is also co-directing, with Michael Bonfiglio, and producing the HBO Documentary Films two-part George Carlin documentary. Off screen, Judd gathered journal entries, photographs and essays for an intimate portrait of Garry Shandling to create "It’s Garry Shandling’s Book," a testament to the lasting impact Shandling had on Apatow personally and in the world. more...