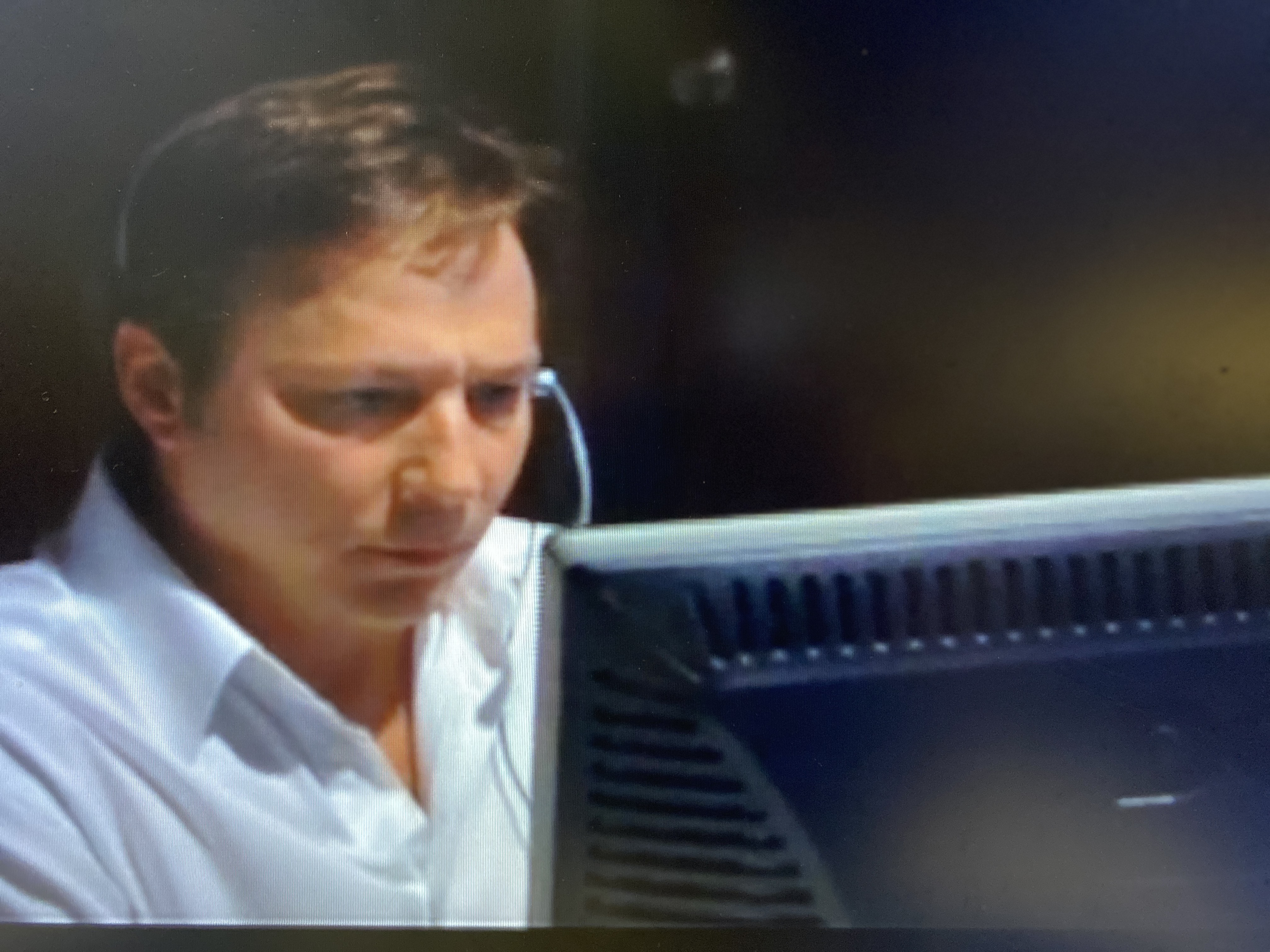 TO THE LOVE OF MY LIFE

Who does a 9-1-1 Operator call when he has a problem? Jimmy Callahan is having a bad night in the Police Communications Center, his ex-girlfriend is stalking him, his Supervisor is threatening to fire him and the phone won't stop ringing. Jimmy feels like he is drowning, but finds comfort in the voice of one caller. A girl calls to report an attempted rape, but she is scared and has blocked her call so she can not be traced. Jimmy tries to talk her into reporting the incident, but the girl gives no information. Jimmy handles a wide variety of calls through the night including a teenage girl's attempted suicide. Jimmy's shift is finally over when he feels a hand on his shoulder, the morning dispatcher relieving him. This co-worker's voice sounds like the girl from the attempted rape that he's been talking to all night...or is it?

T
TommyC
Creator
New York, NY, USA
Tom Cavanaugh was born in Newark, New Jersey. He received a B.S. in Computer Science and Business Administration from Seton Hall University in 1987. In May of 2000, he received an M.F.A. from the Actors Studio Drama School at the New School for Social Research in New York City. Cavanaugh’s playwriting professors at the Actors Studio Drama School included: Romulus Linney, Jim Ryan, Jeffrey Sweet and Laura Maria Censabella. In 1999 while at the Studio, Tom was a semi-finalist in the Chesterfield Films Writers Foundation Project in Los Angeles. Cavanaugh’s one-act play THE CIRCUS STILL COMES TO TOWN was produced as part of the Thesis Repertory Season at Circle in the Square Downtown (NYC). Veteran playwright Jonathan Reynolds and director/actor Carlyn Glynn mentored the production. Cavanaugh served as Associate Producer for Ensemble Studio Theatre (NYC) in 2000 and his short plays 50TH & 8TH and AMEN were produced there in special presentation. 50TH & 8TH was selected a few months later for a showcase production by the Atlantic Theater Company in New York City. Under the guidance of playwright Edward Allan Baker, Cavanaugh wrote the one act play DINER TALK in a workshop at Ensemble Studio Theatre. DINER TALK was awarded first prize in the Jersey Voices One Act Play Festival and was produced that summer in Maplewood, New Jersey. Cavanaugh won his first screenplay competition in 2002 and was featured as a “Writer to Watch” in the March/April 2006 issue of “Script” magazine. HARVEST, a short erotic thriller, won third prize in Toucan Films Short Screenplay Competition in Burbank, CA. THE HEROES OF ’76, a coming of age screenplay about a boy growing up in Asbury Park in 1976, was a semi-finalist in the 2003 Sundance Institute Feature Film Development Project. In 2005, Tom’s one act plays, ICONS and STARS IN CEMENT were produced for one month of shows in the Hollywood Chamber of Commerce’s, Hollywood Boulevard Playwriting Competition at the Actors Playpen in Hollywood, California. Tom received his first commission for writing the one act play, ACE OF HEARTS in 2009. Twilight Productions produced ACE OF HEARTS during the summer of 2009 in Gilbertsville, Kentucky and has commissioned Cavanaugh to write two companion one act plays for a trilogy production in 2010. Tom’s full length play BEHOLD was a 2010 finalist in the New American Playwrights Development Program at the Utah Shakespearean Festival and was one of three winners of the 2011 Pickering Award for Excellence in Playwriting. His one act play, WONDER won the Irene Bashore Award for Playwriting from Firstage Los Angeles. Cavanaugh’s “coming of age” screenplay, THE WILDNESS TREATMENT was one of twenty scripts to receive Honorable Mention at the 2012 Los Angeles Movie Awards. THE WILDNESS TREATMENT is about a group of teens that are court ordered to attend a wilderness Boot Camp in the Utah desert. Tom’s full length play ADAM & YOSHI is a finalist in The 2nd Annual McKinney Repertory Theatre New Play Competition in McKinney, Texas, one of three finalist for the 2013 New American Playwrights Development Program at the Utah Shakespearean Festival and won the 2012 Make the House Roar Prize for Comic Plays at the Lionheart Theater in Georgia. In 2014, BEHOLD was given a staged reading with blocking for one night in The Living Room Series of The Blank Theatre in Hollywood, California. Members of the cast included David Marciano (From the television show HOMELAND) as John and Kerris Dorsey (From the television show RAY DONOVAN) as Rachel. Tom’s full length play, INLAND EMPRESS was developed in workshop for over a year with the Fierce Backbone Theater Company of Los Angeles. INLAND EMPRESS had its World Premiere at The Lounge Theatre in Los Angeles on January 23rd, 2016. Spring of 2016, Tom was a member of the first PLAY LAB at the William Inge Theatre Festival and his one act play, THE CIRCUS STILL COMES TO TOWN was given a workshop reading. In 2017, Tom’s one act play, THE FIELD premiered as part of the CTI Playwrights Festival in Independence, Missouri. His short play, MR.PICMAN was produced in the Short & Sweet Theatre Festival of Hollywood California and Manila, Philippines. In 2017, Tom was also the Director & Producer of UNDER THE JELLO MOLD, the Best Solo Performance of the 2017 Hollywood Fringe Festival and the Writer & Producer of POKER NIGHT, and the Short, the Best Comedy Short at the Culver City Film Festival. Tom’s short play, COYOTE was listed by Theatre of Action in Los Angeles on their List of Plays on Immigration in 2018. THE FIELD a short play by Cavanaugh premiered at The CTI Theatre Festival in Independence, MO. Tom won the Artists & Playwright Festival at The Know Theatre in Binghamton,NY in 2018. Member of the 2019 National Playwrights Symposium at Cape May Stages in New Jersey. Tom is a member of The Actors Gym in N.Y & L.A. a Gold member of We Make Movies Film Collective in Los Angeles, California, a member Naked Angels Theatre Company in New York City. Cavanaugh has been a member of the Dramatists Guild of America, Inc. since 1998 more...
Tags:Shorts

“The Practice”, a documentary essay about West Side Story.