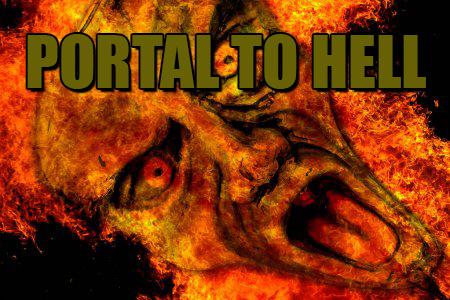 The Man with the Big Hat

If Poltergeist was a graphic novel set to rap music, you would have the life of Reynaldo Reyes. Welcome to his neighborhood in Brooklyn, N.Y. where the front stoops are littered with sorcerers, back stabbers, blackmailers, criminal conspirators, drugs, and heroin families. Where rappers Run DMC are involved in a bizarre mystery. When he is a teenager, a series of strange events culminate in a fright night: the kitchen blazes with flames or a red dimensional light that don't burn, "something" steps through the ring of fire, and Reynaldo's reaction is so severe he is rushed to the hospital on December 4, 1980.

Whatever entity came through that night, it doesn't leave. It harasses Reynaldo and frightens others in the building. His behavior changes, often for the worse. There are arguments, physical fights, and trouble with the police. Violence swirls around him. At the same time, the deeply religious Reynaldo has confusing visions of heaven and hell, as well as the future. For example, he suddenly and frantically announces that terrorists are going to blow up the Empire State Building. No one believes him. Three days later, terrorists attack the World Trade Center. The script, based on the book Portal to Hell and Rumors of the same name, details the long years of inner torment and struggle to find answers.

Soon after Reynaldo creates a rap song about three apparitions he experienced over a six year period, he has premonitions in which a mysterious specter speaks to the well-known lead singer of the rap group Run DMC and starts a rumor that inspires the group's 1986 hit album "Raising Hell." My book copyrighted on April 17, 2000, 2 years and 4 months before Jam Master Jay's death on October 30 2002. Today the killers have not been captured and the death remains unsolved. Nor have the specters left Reynaldo alone until this very day.

Reynaldo Reyes is a freelance writer, artist, actor, editor, and independent filmmaker. His designs have appeared on T-shirts and his commissioned paintings hang in St. Thomas Catholic Church and the Parapsychology Foundation. He has been interviewed at length by internationally renowned paranormal and demonologist researcher John Zaffis for his TV Show and for Zaffis's documentary, which is shown around the world.

NEW YORK -- Nearly two decades after the slaying of Run-DMC star Jam Master Jay, federal prosecutors said Monday they have solved one of New York City's most enduring mysteries, charging two men from his neighborhood with murder and suggesting that the hip-hop artist celebrated for his anti-drug stance was ambushed over a cocaine deal.

According to prosecutors, Jam Master Jay would bring in bulk amounts of cocaine to sell retail and was killed as retribution for cutting Ronald Tinard Washington out of a plan to distribute 10 kilograms in Maryland. Prosecutors, though, now say Jason Mizell had been bringing cocaine into the New York area since 1996 to 2002.

The suspects were identified in court papers as Ronald Tinard Washington, 56, who is currently serving a federal prison sentence stemming from a string of robberies while on the run from police after Jam Master Jay's 2002 death, and Karl Jordan Jr., 36, who is also charged with engaging in a cocaine distribution conspiracy in 2017.

ReyRey1988
Creator
New York, NY, USA
PORTAL TO HELL: the delusion of a disordered mind. a phantom. a spirit. a ghost.