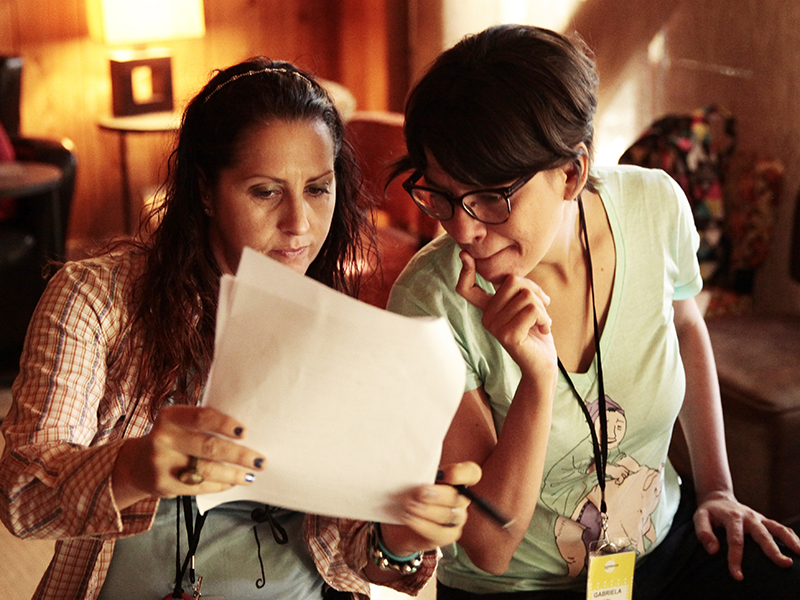 Learn the hands-on tools of creative producing for independent fiction films – from development to financing to budgeting and more – with an accomplished producer as your guide. Participants should come prepared with a project that they plan to produce. Sessions in this eight-week, Level 1 course include presentations/discussions, interactive exercises, a case study with a renowned Advisor from the Sundance network, and a one-on-one mentoring session focused on your project.

The course will take place in our virtual classroom Mondays, Oct 28 - Dec 9, 8AM - 10AM PT. Class size is limited to 30 participants. All online class sessions are recorded for registered participants who are unable to attend live.

Lead Instructor
Karin Chien is a producer & distributor committed to championing independent voices. Karin is the recipient of the inaugural Cinereach Producers Award, the 2010 Independent Spirit Producer’s Award and the producer of ten independent feature-length films, including STONES IN THE SUN (2012), JACK AND DIANE (2012), CIRCUMSTANCE (2011), THE EXPLODING GIRL (2009), BEYOND OUR DIFFERENCES (2008), THE MOTEL (2005) and ROBOT STORIES (2002). more...
Summer Shelton

Advisor
Summer Shelton was the recipient of the 2018 Independent Spirit Piaget Producer’s Award. She produced "Maine" which premiered at the 2018 Tribeca Film Festival and "Keep the Change," the 2017 Tribeca Film Festival Best Narrative Feature. She was Executive Producer of "People Places Things" which premiered in US Dramatic Competition at the 2015 Sundance Film Festival. Her other films include: "People Places Things, "Little Accidents," "Goodbye to All That" and "Adult World." more...