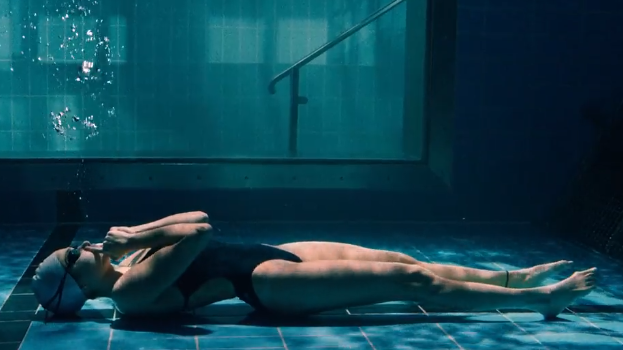 SWIMMING FOR SURVIVAL follows the extraordinary story of Yusra and Sara Mardini, who escaped Syria. During their crossing to Greece, the boat broke down. The two girls jumped out and swam the boat to shore, saving the lives of everyone on board.

Our story focuses on the sister’s lives since settling in Europe.

Yusra is training for the Tokyo Olympics and acting as the youngest ever UN ambassador. Her sister Sara was recently arrested for people smuggling whilst working for a greek refugee NGO.

The drastic contrast in their lives has caused a divide in their relationship, we intend to document their reconciliation leading up to the Tokyo Games.

Eloise Singer
Creator
London, UK
Eloise Singer is a multi-award winning film producer and founder of Singer Studios. She executive produced Billie Piper's high-profile directorial debut 'Rare Beasts' which premiered at Venice Film Festival and was selected for BFI London Festival and SXSW. The film was long listed for BAFTA Outstanding Debut 2021. She is executive producing 'The Last Rifleman', directed by Terry Loane and starring Pierce Brosnan. The film is about a WW2 veteran who sneaks out his care home and travels down to the reunion of D-Day in France. Eloise received a scholarship onto the Sundance Co-Lab Producers Programme 2020 and was invited to showcase her upcoming documentary at The Sundance Film Festival: London 2020. more...
Tags:Activism & Social Impact