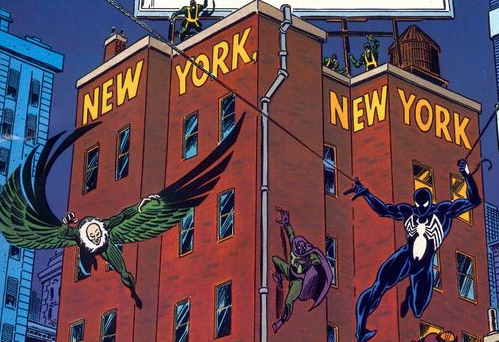 “Second-Generation Heroes” is an animated comedy series about an overeager teenage girl and her cynical brother who join NYC’s premiere superhero team under the watchful eye of their immigrant superhero father. Together, they struggle to balance fighting evil with the complexities of growing up second-generation in the USA.

“Second-Generation Heroes” is a story based on my own life growing up as a second-generation immigrant in New York. The only difference is that I didn’t have superpowers and NYC wasn’t under siege by the villainous Team Evil. It’s the little things. My dad is from Ecuador and has worked every job on Earth and my mom comes from a sitcom-ready Brooklyn-Italian family. Many stories emerge from my second-generation experience, from the awkwardness of dealing with friends who don’t understand my culture to the humorous role-reversal of teaching my dad American history before a citizenship test. There’s a little bit of Ana, Julian, and Manuel in me and I’m thrilled to explore my own history and experiences in creating this series.

Lucien Flores
Creator
New York, NY, USA
I’m Lucien Flores and I’m a filmmaker from New York City. I’ve written and directed shorts and web-series for companies like Broadway Video, Funny or Die, Google, Nerdist, Above Average, Más Mejor, theSkimm, Just For Laughs, and others. I’ve directed over 50 videos since 2016 and my work has been featured at HBO New York Latino Film Festival, New York Television Festival, NYC Web Fest, HollyWeb Festival, and others. In April, I'm taking a half-hour comedy out to networks. My goal is to transition from short-form comedy to writing for half-hour comedic television.