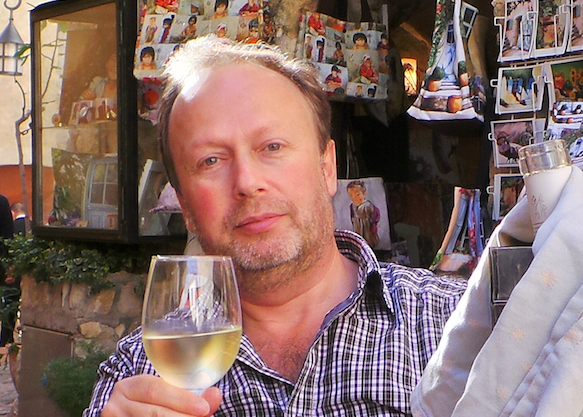 Hi! I beg you to read my humble work and look forward to your comments and advice.
I have some experience in writing, directing, editing and producing.
I engaged in production of educational films for small children and their parents, animation and advertising.
I wrote fairy tales for children and teenagers. My screenplay "DAY OF GHOST" are available on Sundance Co//ab here: https://collab.sundance.org/catalog/SUBMISSIONS/Scripts/DAY-OF-GHOSTS-2019-01-25-115506
And so, I'm up to write fairy tale for adults. I'm working on this serial here in the Episodic program. This is the first scenes.
Now listen, once upon a time ...

Grigory Bolotnikov
Creator
Moscow, Russia
EXPERIENCE (2005 - 2008): Educational films for small children and their parents (17 DVD titles) including of 2 titles of films with animated characters and actors. * director; * editing, animation and digital effects, (Final Cut, Photoshop); * producer (since 2010): screenwriter screenplays of full length feature films: «GREEN OAK TREE IN LUKOMORYE» 100% operational fairy tale which is based on the russian folk tales (not shooted yet because of its high cost) «DAY OF GHOSTS» 100% operational It is also a fairy tale story (but inexpensive). It is based on real teenage problems. «MERCY» 80% «SYSTEM REBOOT» 15% «GREEN OAK TREE IN LUKOMORYE 2» 10% EDICATION: * 2010–2014: Alexander Mitta's Film School (Moscow, www.mitta.ru) * 2010–2014: the workshops in Moscow of John Truby, Mark W. Travis, Neil Landau, Richard Krevolin, July Selbo, Isaac Kerlow, and also the workshops of the experts from Russia. PREVIOUS OCCUPATION: 1987–2004: I devoted myself to working in the area of the development of compositions of the nano- coatings and the equipment for the coatings deposition. (8 inventions, 2 monographs, PhD and so on). 1993-2004: Production of the nano-coatings and the equipment for the coatings deposition (CEO, co- founder of the company «VPT (vacuum-plasma technologies)» Russia, Moscow).