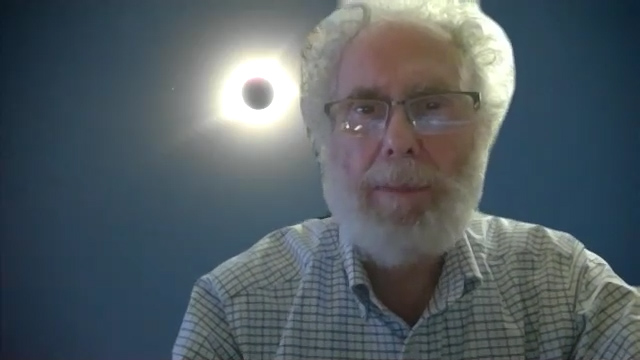 For my computer/tablet that connects me to the world from my cave: A dystopian VLOG post with a glimmer of hope.

Eric Roffman – Story and Script
Gerard Manley Hopkins – “No Worst. There is None”
William Shakespeare – Sonnet 30 (except for one word – sorry, W S)

ER
Eric Roffman
Creator
New York, NY, USA
I am an eclectic developer of eXtended Reality (XR) content and technology. I am the organizer of NYXR – the New York eXtended Reality Meetup, and the StoryForward Meetup. I’ve given a number of talks recently describing XR and its applications. eXtended Reality (XR) includes all the content and technology enabled by the exponential growth of digital computing. For my website, QPORIT (Quick Previews Of Random Interesting Things), I’ve written over 1,200 articles on film, theater, new technology (especially XR), and other Interesting Things. Many stories also included 3D, and Virtual Reality video interviews of film and theater performers and directors, such as Diane Paulus and Liv Ullmann. I am currently developing QPORIT XR, upgrading QPORIT to a fully 3D 360 webXR enabled site. I recently completed a short, fictional, dramatic 3D 360 VR video with spatial audio. I’ve studied acting and directing at AADA, HB Studios, LAByrinth Theater, and in classes with Jill Clayburgh, Paul Sills, Gene Frankel, Oleg Tabakov and Sam Waterston. My earlier background includes work at Viacom, where I was a director of the affiliated channel websites, and IBM, where I created live demos that were shown around the world. I’ve appeared in, directed, and produced plays which I adapted from Shakespeare’s sonnets. My technical background includes a PhD in theoretical physics, a book on Neutrino Astrophysics, stints at the Institute for Advanced Study in Princeton and C N Yang’s group at Stony Brook, lectures around the world, programming for many financial institutions, and the creation of an award winning video game. more...