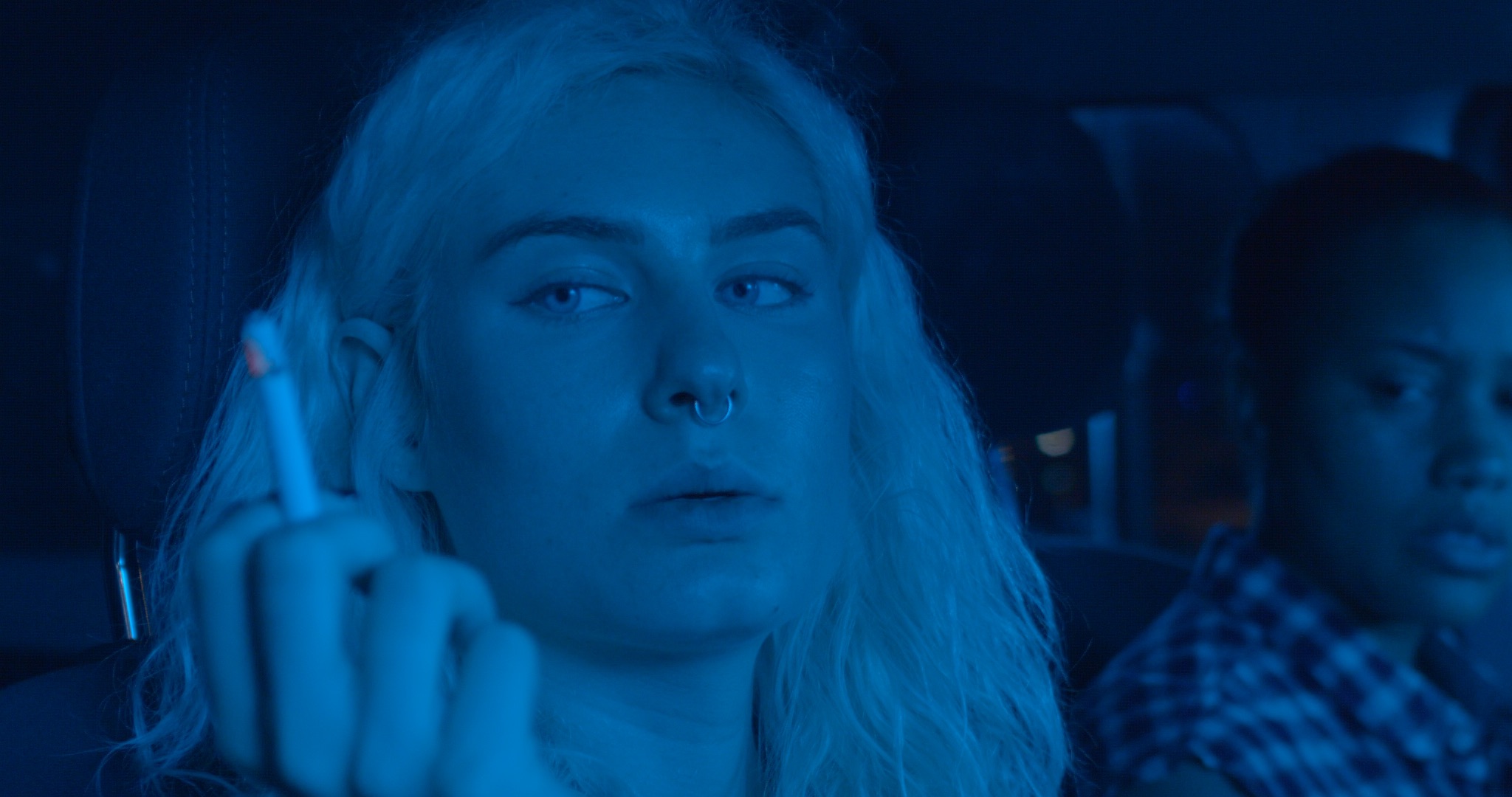 Out of the Pills

kya dekh raha hai? (What are you looking at?) PAULA and JAMIE are on their way to Thebes—Thebes, Kentucky that is. As Paula drives Jamie through the Midwest, they make a few stops along the way that deepen their relationship. Their romantic night reaches its peak at the drive-in movie theatre. Near the end of their journey, Paula wants nothing more than for Jamie to change her mind about seeking revenge on her father. Jamie, prioritizing her own trauma, tells Paula that they will continue on to her father’s house…

JS
Josalynn Smith
Creator
New York, NY, USA
Josalynn Smith is a Black American filmmaker based in New York City. A recent graduate of Columbia University’s Film MFA program, her thesis short, Something in the Water, received the Sloan Foundation’s Production Grant. Additionally, Josalynn is the recipient of the Jesse Thompkins III Screenwriting Award from Columbia. Her shorts and a feature documentary on which she served as a narrator and videographer have screened at St. Louis International Film Festival, Queer Fest St. Louis, Twin Cities Black Film Festival, Williamsburg International Film Festival, and San Diego Black Film Festival. She looks forward to incubating her feature script of Something in the Water over the next months as an SFFILM Sloan Science in Cinema Filmmaker Fellow. more...