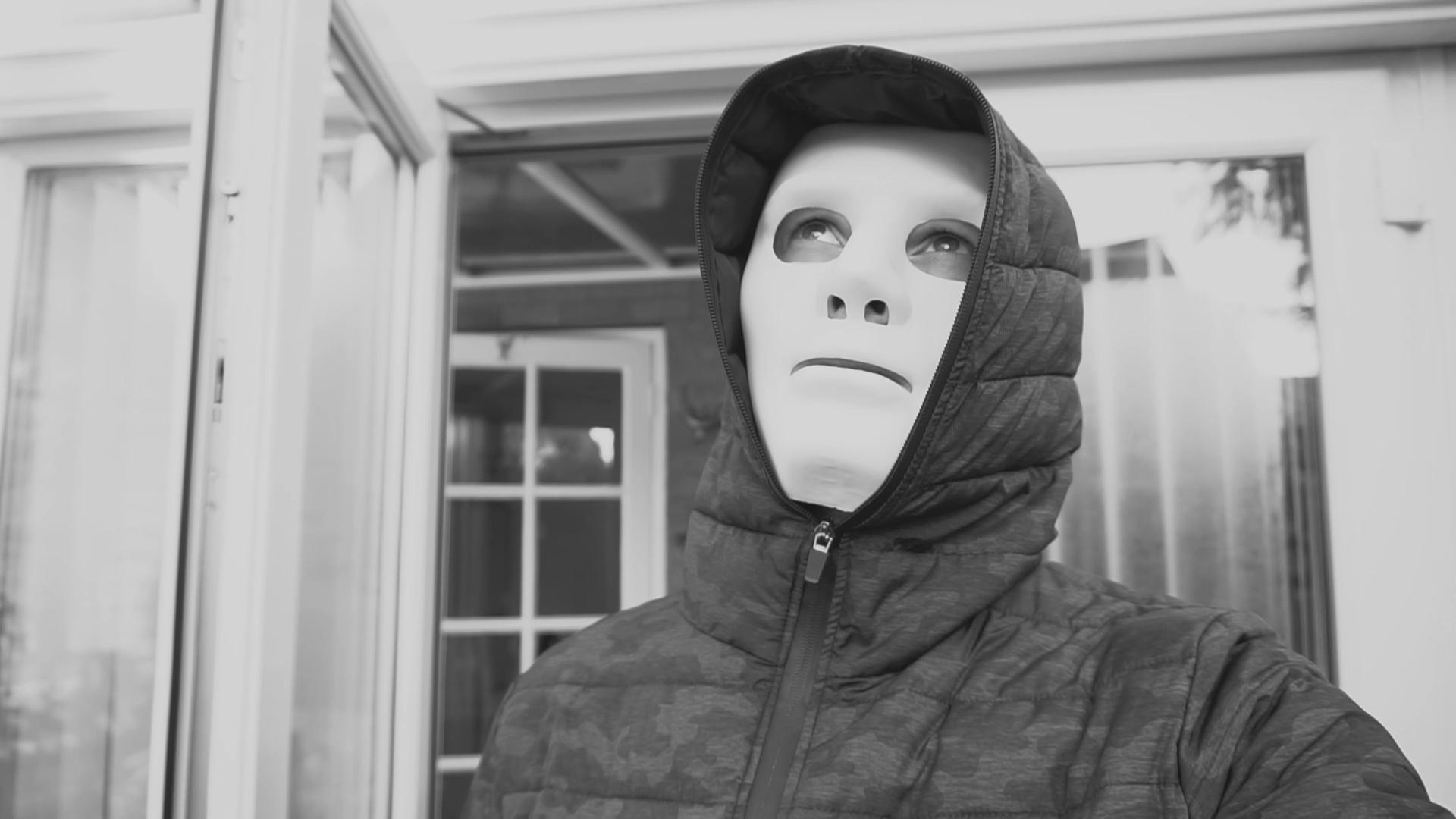 Filmmaker Pete Eliot is from London, UK. Graduating with a screenwriting degree and a masters in producing, Pete has been adding directing work to his growing list of credits. As a filmmaker who embraces world cinema and social realism, he's always aiming to discover extraordinary stories in everyday life.

No Further To Fall was the result of setting myself a challenge to make a short film totally by myself with zero budget.

The location is the house I live in, the costume is made up of clothes I already own, the camera equipment and props such as the mask and gun were bought years before for other projects, the amazing piece of music by Kai Engel was free to use so long as he received a credit.

Another challenge was that I wanted to create a narrative that was purely 'show don't tell' with no dialogue at all - a language of imagery that can be understood no matter where in the world it is seen. And there were those additional challenges of only having body language and the mask eye holes to show emotion, and being able to incorporate the desired stylistic choices and camera moves while acting and holding props in shot.

In terms of genre, it's a bit of a subversion of horror. The film starts with the appearance of a horror film, and it plays with those expectations, but I feel it is very much a drama with many active questions about the emotional complexity of the main character and the situation he has created.