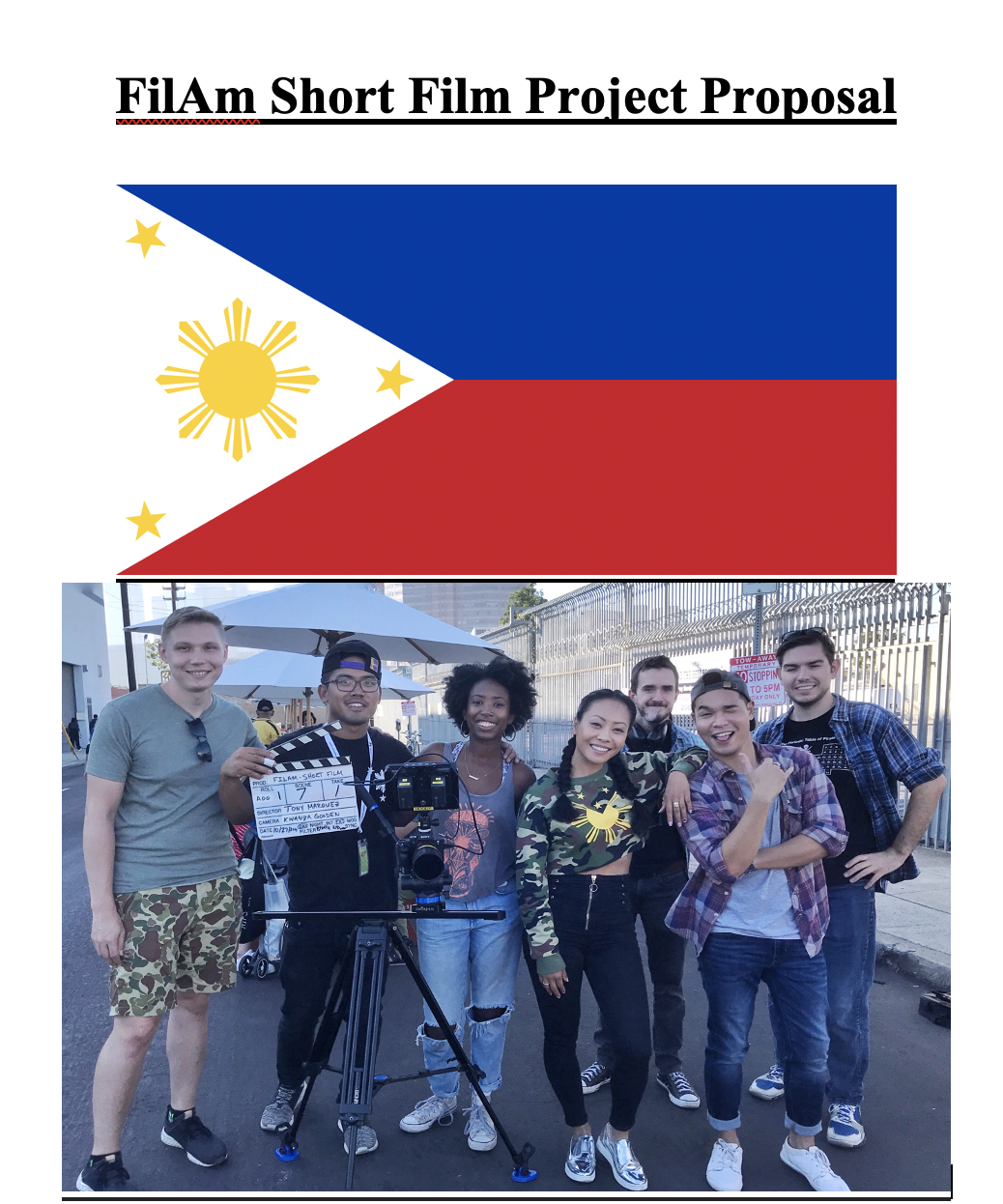 “FilAm” is about a young Filipino American man that rediscovers pride for his heritage while pursuing the love of another Asian American woman. The purpose of this film is to bridge a connection between Filipino culture, Filipino Americans and a wider audience as a whole. Being Filipino American myself, it is a film that I resonate with and look forward to sharing. Growing up in America I have lost some aspects of my ancestors culture and the roots tied back to a time before my family moved over here. What I have gained however from my experience is the
importance to celebrate culture and that ones identity is not defined by one specific
thing. I believe this is a film that can resonate with a larger audience and not just Filipinos. America, as I was taught in school, is a melting pot of different cultures and I believe people other than Filipinos can relate with themselves as identifying as American and then finding a time period of cultural rediscovery. With the recent push in Hollywood for equality and the political climate celebrating diversity, I feel this is an important story to be told and to give Filipino Americans proper representation. We have already shot an integral scene for the short film at the Eat Play Move Filipino Food Festival in Downtown Los Angeles pre Covid and we would use the prizes to fund and create the rest of the project.

Tony Marquez
Creator
Los Angeles, CA, USA
Tony resides in Los Angeles, California working in the entertainment industry. Originally from the Washington DC Metro area, he graduated from George Mason University with a Bachelor of Arts in Film Studies. After finishing school, Tony was able to land jobs in non-scripted Television formats with Travel Channel and Discovery Networks. His pursuit of directing narrative films led him to ambitiously create independent projects while working a busy schedule. With success in the festival circuit being selected to places such as Boston International, Richmond International and a winner at the Olympus Film Festival in Los Angeles and winner of the Accolade Global Film Festival, he moved West to take on the Hollywood Dream. Eager to work and learn he has been on sets for major super bowl commercials, music videos with Ariana Grande and television shows on the Warner Bros, Disney and Fox Studio lots. Tony was recently accepted to the Sundance Director Core Masterclass in 2020 and is currently a key staff member on the CBS show Young Sheldon. more...